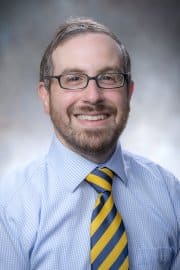 Matthew Sparacio received his Ph.D. from Auburn University in 2018, where he studied under Kathryn H. Holland Braund. He received the Bert Hitchcock Graduate Award in Southern Studies for his research on the intersections of gender and violence along the Franco-Choctaw frontier in the mid-eighteenth century. This project was greatly aided by financial support from the Alabama Chapter of the National Society of the Colonial Dames of America, a generous grant from the Friends of the Alabama State Archives, and a prestigious Robert A. Middlekauff Fellowship from the Huntington Library in San Marino, California. While at Auburn he also served as a Graduate Coordinator for the Miller Writing Center. Upon completion of his degree, he remained at Auburn for one year as an Instructor of World History before arriving at Southeastern, where he teaches Native American, early American, and Trans-Mississippian history. His major teaching and research areas are the histories of the Native and Colonial South before the American Revolution, the history of alcohol in early America, the history of emotions, and the history of disease and borderlands encounters.
His current book project examines the causes and consequences of the Choctaw Civil War of 1746--1750. It traces the way notions of gender, justice, and sovereignty coalesced into a political crisis with profound implications not only for the Choctaws themselves, but also for French and British imperial aspirations in present day Mississippi, Louisiana, and western Alabama.
He is also conducting research on two separate projects about smallpox in the eighteenth century. One project, titled “Smallpox in the Heart of the Continent: How the 1747-1750 Epidemic Shaped Native America,” uses mobility and migration studies as lenses to understand an epidemic that unfolded away from the colonial gaze. Another project, initiated during a 2022 NEH Summer Institute, looks at the ways colonial newspapers used smallpox to reaffirm various forms of “unfreedom” in colonial America.
He has published reviews in the Journal of Southern History, H-NET, American Indian Culture and Research Journal, Journal of Military History, and History: Reviews of New Books. He has presented his past research at meetings for the Society for Military History, the Louisiana Historical Association, the McNeil Center for Early American Studies, the American Society for Ethnohistory, the Southern Conference on British Studies, Florida Atlantic University, Virginia Tech, Florida State University, Central Michigan University, and the Australian Research Council’s Centre of Excellence for the History of Emotions.
Dr. Sparacio currently serves as the faculty advisor for Southeastern Oklahoma State University’s Phi Alpha Theta chapter (Rho). He also serves as the co-director of Southeastern’s biennial Native American Symposium and edits each symposium’s proceedings. He is an associate of the Omohundro Institute of Early American History and Culture, and a member of the American Society for Ethnohistory, the Society for Military Historians, the Southern Historical Association, the Organization of American Historians, and the American Historical Association.