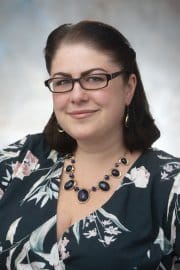 Dr. Wallace has sung with the Fort Worth Opera, Metroplex Opera Company, Eastman Opera Theater, University of North Texas Opera Theater, Lewisville Civic Chorus, Pultneyville Light Opera Company (NY), Lyric Stage (Irving, TX) and WaterTower Theater in Dallas. She performs a wide variety of roles in both opera and musical theater, including the Countess and Susannah in Le nozze di Figaro, First Lady in The Magic Flute, and Alice Ford in Falstaff, Reno Sweeney in Anything Goes, Marian Paroo in The Music Man, and Josephine in H.M.S. Pinafore.