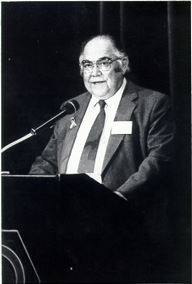 This year’s keynote dinner address is delivered by professor Alfonso Ortiz, a nationally known Native American activist, scholar, teacher, and writer. Professor Ortiz will address changing historical relationships between Native Americans and Euro-Americans. Professor Ortiz is the author of several influential books on Native American history and anthropology among them The Tewa World: Space, Time, Being, and Becoming in a Pueblo Society (University of Chicago Press) and North American Indian Anthropology (University of Oklahoma Press). He has also edited numerous books on these topics. 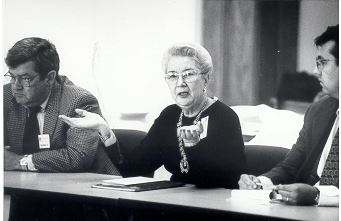 * Ernest Hooser is a Choctaw story teller, photographer, and historian. After forty years as an administrator and a math teacher at Durant High School, he is now retired.

* Curtis Billy is a Choctaw story teller who, as a guest lecturer, broadens the perspective of humanities courses in public schools and community colleges in the Texoma area.

* Cecile Carter is a Caddo historian and cultural representative of the Caddo Indian Tribe of Oklahoma who has published several historical studies, including Caddo Indians: Where We Come From (University of Oklahoma Press, 1995). This recent book traces Caddo history according to archeologists, explorers, missionaries, and what she calls “searchers.”

* Bob Rabon practices law in Hugo, Oklahoma, where he is a member of the law firm of Rabon, Wolf and Rabon. He is a 1968 graduate of Oklahoma University of Law School. Actively engaged in the field of Indian Law, he and his frim have served as general counsel to the Choctaw and Chickasaw Nations for more than twenty years.

* Alfonso Ortiz will serve as the moderator for this panel. 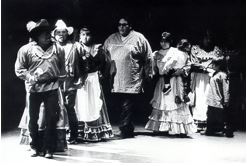 Members of the Conference Planning Committee