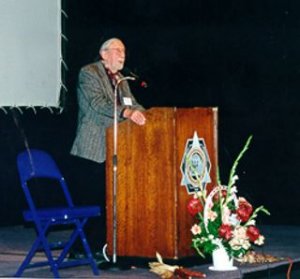 Richard Erdoes influenced the lives of generations of Lakota people and other tribes by describing Native American life and their spiritual culture and essentially preserving it for future generations.

The prominent illustrator, photographer and author of more than 30 books about the American west died at his home at the age of 96. More importantly, Erdoes was known for a long list of books about Native Americans including, Lame Deer: Seeker of Visions Source: AskArt.

James Thomas Stevens was born in Niagara Falls, New York. A member of the Akwesasne Mohawk Nation in upstate New York, Stevens grew up between three reservations, the two where his grandparents came from, Akwesasne Territory and Six Nations Reserve, and the one where they settled, the Tuscarora Nation. Stevens briefly attended the School of Visual Arts and Brooklyn College before receiving his AFA in creative writing from the Institute of American Arts. Stevens later went on to receive a full fellowship to Brown University and received his M.F.A. in 1993. Source: James Thomas Stevens 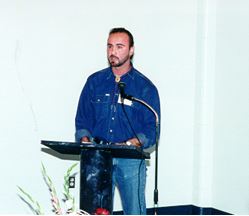 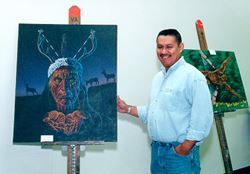 Contains front cover and table of contents, and a Preface by Robin L. Murry; an Introduction by Annette Trefzer, and an Acknowledgements page.

John Collier and the Controversial Resignation of Indian Commissioner Charles Burke, 1921-1929, by Ginger R. Davis; Reclaiming the Feminine in the Chitimacha Creation Myth, by Carlon Andre and Carole McAllister

Contains Sam Kenoi’s “Coyote and the Whitemen”: Contact in and out of a Chiricahua Narrative, by Anthony K. Webster; Language in Mari Sandoz’s ‘Crazy Horse’, by Kimberli Lee

Contains “The King of the Waters”: Legends of the Horned Water Serpent, by Deborah Mitchell; A Choctaw Oral Tradition: The ‘Holisso Holitopa’ of Chata Immataha

Members of the Conference Planning Committee