“Where No One Else Has Gone Before” 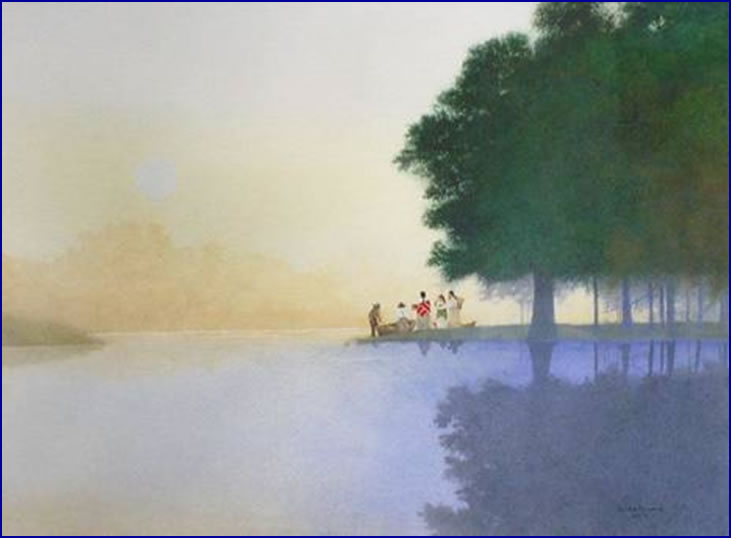 We cordially invite the community, the Indian Nations, students, scholars, educators, and all who are interested in studying and sharing the experience of the largest cultural minority in Oklahoma to attend the Ninth Native American Symposium and Film Festival: “Where No One Else Has Gone Before.” This event features presentations on Native American literature, history, sociology, education, science, art, and film. Scholars, artists, and members of Indian Nations from across the United States and beyond will come together to discuss topics related to the Native American experience. All symposium sessions and films except for the keynote banquet are free and open to the public.

Throughout the symposium there will be an exhibit on display of selected works from the Charles & Miriam Hogan Native American Art Collection, which was donated to Southeastern in 1998 and constitutes one of the most important collections of traditional Native American art in Oklahoma. The Centre Gallery is located in the Visual and Performing Arts Center (VPAC), where the keynote banquet will be held, and the exhibit will be open on Thursday from 9 am to 5 pm and on Friday from 9 am to 9 pm. Please stop by and enjoy.

9:00 am – The Language of Victory: American Indian Code Talkers of World War I & II, Gary Robinson, Tribal Eye Productions (22 min.) Explores the important contribution of these Native Americans to the national war effort in the 20th century.

9: 45 am – River of Renewal, Pikiawish Partners & NAPT (54 min.) Depicts the struggle by Native Americans and others to protect the environmental integrity of the Klamath River in northern California and Oregon.

10:40 am – Rivercane Restoration: Linking Cultural, Biological, and Economic Values, Sean Gantt, University of New Mexico (7 min.) Focuses on the proceedings of the 2009 Rivercane Symposium held at the Pearl River Resort of the Mississippi Band of Choctaw Indians.

1:00 pm – Reel Injun: On the Trail of the Hollywood Indian, Neil Diamond (88 min.) Explores the depiction of Native Americans in Hollywood films from the silent era to the present, using clips from hundreds of movies and interviews with film writers, directors, and actors.

“Generation Next: The Diverse and Dynamic Perspectives of Contemporary American Indian Writers,” University of Central Oklahoma

“By Any Other Name a Different Being: Naming and Native American Identity,” East Central University

The keynote speaker this year is the distinguished educator and scholar Dr. Henrietta (Henri) Mann. A leading advocate of tribal education, Dr. Mann is currently serving as founding president of the Cheyenne and Arapaho Tribal College, temporarily located at Southwestern Oklahoma State University. She also holds an endowed chair in Native American Studies at Montana State University and has taught at several other major universities, accumulating a long list of prestigious honors and awards. Dr. Mann has always been aggressively focused on inspiring young Native Americans to set the highest goals for themselves, so that like her they too can go “Where no one else has gone before.” Henrietta Mann’s appearance has been made possible by a grant from the Cultural and Scholastic Lectureship Fee Committee, a fund collected from and administered by the students of Southeastern Oklahoma State University.

Proceedings Introduction NAGPRA as a Paradigm: The Historical Context and Meaning of the Native American Graves Protection and Repatriation Act in 2011 Louisa May Alcott’s Wild Indians: Pedagogy of Love, Politics of Empire Concept of Soul among North American Indians Two Hawks Kindles a Morning Fire Natchitoches Confederacy, ca. 1810 “Down the memory spilling out into the world” (Silko): The Spiral Cycle of Repetition With Variation in the Serious Comedy of Native American Traditional Mythoi as an Adaptive Bridge into the Future Maximum Morality of Art: Thomas King’s ‘Medicine River’ The Discourse of Madness and Environmental Justice in Linda Hogan’s Novel ‘Solar Storms’ I’m Not Nobody: ‘Dead Man’, Double Negatives, and Transcending Stereotypes of Native Americans Christopher Columbus and Bartolome de Las Casas: Worshipping Christ Versus Following Jesus — Spiritual Roots of their Twin Christian Legacies Shifting Boundaries: Violence, Representation, and the Salt Songs of the Great Basin Peoples
×