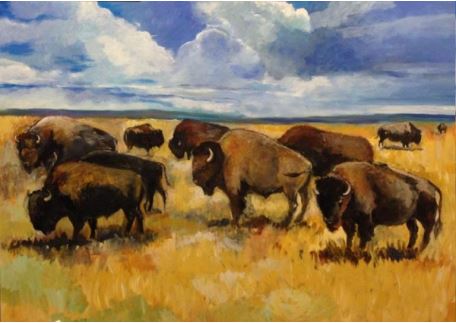 Peter A. Huff, University of Mary, “Standing Rock as an Interreligious Movement”

10 am – Native Philosophy and the Environment – Student Union 303

B. Steve Csaki, Independent Scholar, “The Native Self vs. the Myth of the Autonomous.”

Joseph Bohanon, “How Is Mother Earth Affecting Behavior in the World.”

Dr. Cobb-Greetham is currently Chair of the Native American Studies Department and Director of the Native Nations Center at the University of Oklahoma. She formerly served as Administrator of the Chickasaw Nation Division of History and Culture, and is the author of numerous publications, articles, and exhibits on Native topics, including most notably ‘Listening to Our Grandmother’s Stories: The Bloomfield Academy for Chickasaw Females, 1852-1949’ and exhibits featured at the Chickasaw Cultural Center.  Her talk today comes from her current book project ‘For Better, For Worse: Native Americans and the Oklahoma Imaginary’.

Daniel Bonar, East Central University, “Accidental Preservation: What the ‘Oklahoma Chronicles’ Tell Us About the Influence of French and Native American Words”

David Michael Smith, University of Houston-Downtown, “Counting the Dead: Estimating the Loss of Life in the Indigenous Holocaust, 1492-Present.”

‘Atanarjuat: The Fast Runner’ (2001) is an epic Canadian film directed by the Inuit filmmaker Zacharias Kunuk. It was the first full-length feature film ever to be written, directed, and acted entirely in the Inuit language, and it retells an old Inuit legend handed down over centuries of oral tradition.  Scrupulously accurate down to the smallest details, it is easily the best and most authentic film ever made of traditional Native life, and in 2015 it was voted the best Canadian film ever made at the Toronto International Film Festival.

The image for this year’s symposium is the painting “Crossing the Red” by Jane Semple Umsted, currently a faculty member in the Department of Art, Communication, and Theatre at Southeastern Oklahoma State University.

Proceedings Introductory Introduction: Mark B. Spencer Counting the Dead: Estimating the Loss of Life in the Indigenous Holocaust, 1492 – Present “Great Frauds and Grievous Wrongs”: Mapping the Loss of Kickapoo The Dakota Access Pipeline Education Experience: Embracing Visionary Pragmatism Parliament of Religions on the Prairie: Standing Rock as Interreligious Event Telling Our Stories: A One -Act Play Indian Summer: Reclaiming and Revitalizing Native American Identity The Native Self Versus the Myth of the Autonomous Being 1/128: Determining Native Identity “You have stolen everything from us”: Progressive Perspectives in “The Revenant” Addressing Shared Stereotypes of Native Americans and Veterans in a Composition Course’s Reading Sequence From Peace to Protagonist: Oklahoma Residents as Wartime Personages
×