Given the nature of music, performance is at the heart of out Music programs. Multiple events and series run throughout the year bringing artists from across the nation and across the globe.

The 2022-2023 Musical Arts Series will host all the performances in-person and have an audience present in the Recital Hall. All concerts are free to the public. Thank you to our sponsors and donors, without whom this series would not be possible. Special thanks goes to the National Endowment for the Arts, Oklahoma Arts Council, Steger Piano Institute, and the Clark and Wanda Bass Foundation.

Consider being a part of the Musical Arts Series by becoming a donor. Contact Dr. Catalin Dima at cdima@se.edu or call 580-745-3330 for more information.

Contact the Department of Music at 580-745-2088 or Southeastern Oklahoma State University at (580) 745-3090 to request assistance due to a disability.  Accommodations cannot be guaranteed without adequate advance notice. 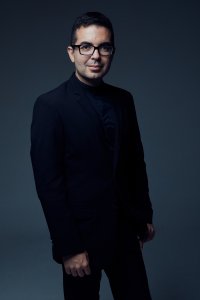 Diego Caetano maintains an active schedule as an educator. He has frequently served as a masterclass clinician and competition adjudicator in various universities and conservatories around the globe and has presented at various national and international conferences about pedagogical works by Brazilian composers, effective practicing techniques, and performance anxiety.  His students have received prizes at national and international piano competitions. He is a member of Duo Lispector with Russian violinist Evgeny Zvonnikov and a member of Resch – Caetano Duo with German tenor Richard Resch. He has recently released the CD “French Connection: Violin Sonatas of the 20th Century” with violinist Evgeny Zvonnikov for the Italian-Japanese label DaVinci Classics.

Dr. Caetano graduated with a Doctorate of Musical Arts degree from the University of Colorado at Boulder, a Master of Music degree from the University of Wyoming, and a Bachelor of Music degree from Universidade Federal de Goiás (Brazil). Caetano has studied under the guidance of Dr. David Korevaar, Bob Spillman, Dr. Theresa Bogard, Dr. Maria Helena Jayme, and Lílian Carneiro de Mendonça. He also studied with Dr. Nadezhda Eismont at the Saint Petersburg Conservatory, in Russia.

He is the co-founder and Artistic Director at Ávila International Music Festival in Ávila (Spain).He was the President of the World Piano Teachers Association – Texas Chapter from 2016-2021. Currently, he is an Assistant Professor of Piano at Sam Houston State University, and a Shigeru Kawai Artist. 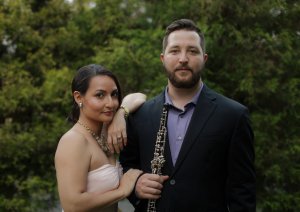 Internationally recognized for compelling performances of baroque and concert repertoire, Puerto Rican soprano Camille Ortiz is quickly establishing herself as a leading operatic artist. The 2021-2022 brought about recitals and masterclasses of Latin American art song across the United States; a faculty recital in University of Oregon’s Beall Hall; an Ars Lyrica Houston tour of Crossing Borders, a program of Spanish and Latin American baroque repertoire featured in the Music Before 1800 music series in New York City; Pamina in Eugene Opera’s production of The Magic Flute; a masterclass and performance at the Puerto Rico Conservatory; a highly anticipated debut with the Boston Baroque as Oriana in Handel’s Amadigi di Gaula; and an exciting Kennedy Center debut with Opera Lafayette as Elena (Hélène) in their adaptation of Gretry’s Silvain.

The upcoming 2022-2023 season includes appearances with Opera Orlando as Marie in The Daughter of the Regiment; Galatea in Eugene Opera’s Acis and Galatea; performances of Crossing Borders with Ars Lyrica Houston in the San Diego Early Music Society and Arizona Early Music; a baroque program with Chamber Music Amici; the soprano soloist for Palmeri’s Misa a Buenos Aires (Tango Mass) with Eugene Concert Choir; and recitals across the United States.

She has appeared with the Philhamornia Baroque Orchestra and Chorale, Gulfshore Opera, Magic City Opera, the Naples Philharmonic, the Dallas Bach Society, the Orchestra of New Spain, the Festival of the Aegean in Greece, the Orchestra da Camera Fiorentina (John Rutter conducting), and at Carnegie Hall with MidAm International. She appears in the highly acclaimed CD recording of Rameau’s Le temple de la gloire with the Philharmonia Baroque Orchestra and Chorale, conducted by Nicholas McGegan, for which she was named “the stand-out” of the recording by BBC Music Magazine, October 2018. Her fall 2018 performances with the Philharmonia Baroque of Mozart’s Exsultate Jubilate, Coronation Mass in C major, and Litaniae Lauretanae have also been broadcast on San Francisco’s KDFC, classical music radio.

Ms. Ortiz is Assistant Professor of Voice at University of Oregon, School of Music and Dance.

Joseph Wenda- Oboe
Joseph Wenda is an active performer, avid educator, and adventurous arranger. He strives for individuality in style and programming; recitals often include works by living composers, original
performing editions of older works, and original chamber transcriptions. His dissertation, “Two Chamber Transcriptions Featuring the Oboe from Richard Strauss’ Der Rosenkavalier, Op. 59,” takes two of the most well-known scenes from the work out of the opera house and onto the small stage.

Dr. Wenda was the Assistant Professor of Oboe at the Oklahoma City University from 2019 to 2021. In August of 2021, he moved to Eugene, Oregon with his wife, Dr. Camille Ortiz, where he continues his teaching,
performing, and reed-making pursuits as “The Reed Whisperer”. He is also on teaching/performing faculty at Killington Music Festival and Bocal Majority Bassoon and Oboe Camps.

Dr. Wenda spent his childhood in Yakima, Washington, and earned his Bachelor’s degree at Central Washington University with Brent Hages. He earned his Master’s at
the Pennsylvania State University with Timothy Hurtz and his Doctor of Musical Arts degree at University of Miami–Frost School of Music with Robert Weiner (all
degrees in oboe performance). More info can be found at www.josephwendaoboe.com. 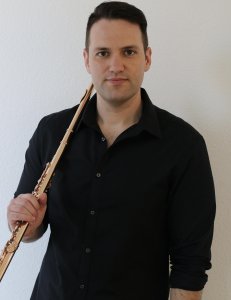 Hailed by the Dallas Morning News for his “radiant tone and generous expressivity”, and the Fort Worth Star Telegram for his “musicianship, clear sound, precise intonation, and empathic dynamic levels”, Jake Fridkis has quickly built a reputation as one of the leading flutists of his generation and “a modern day Rampal” (Cvnc.org).

Jake has performed as a concerto soloist in Germany, Italy, France, Brazil, and throughout the United States. He has performed with the Cleveland Orchestra, Philadelphia Orchestra, Pittsburgh Symphony, St. Louis Symphony and played guest principal flute with the Dallas Symphony, Symphony SONG (Korea) and guest Solo Flute with the Norwegian Radio Orchestra including their 2017 spring tour.

Before graduating from the Yale School of Music as recipient of the Nyfenger Award for the top woodwind player in his graduating class, he won the principal flute position in the South Dakota Symphony where he played for two months before winning the same position with the Fort Worth Symphony.

Highly sought after as an educator, he is currently on the faculty of the Eastern Music Festival and is a Wm. S. Haynes flutes performing artist. He has taught masterclasses at the Yale School of Music, Cleveland Institute of Music, Depaul School of Music, University of North Texas, Texas Christian University, Houston Flute Society, University of Massachusetts Amherst and the National Flute Association.

Jake is one of the few musicians to be featured on a top five album on each of Billboard’s Top 200, Classical and on the Hip Hop and RnB album charts. He has appeared on recordings with The Cleveland Orchestra, The Fort Worth Symphony and with renowned popular artists like Roddy Ricch, Ty Dolla $ign and Lecrae among many others. 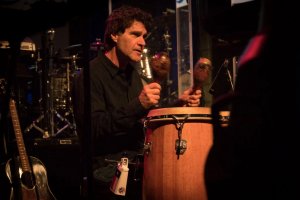 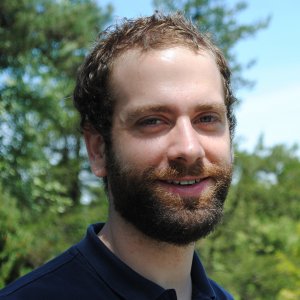 Asher Armstrong is an Assistant Professor of Piano at the University of Arkansas, formerly having held positions at the University of Toronto.  A member of the Royal Conservatory’s College of Examiners, Armstrong adjudicates hundreds of pianists across North America every year.  As a performer, he appears with orchestras in Canada and the U.S. and frequently as a recitalist (most recently at the Walton Arts Center and the University of Arkansas), and recently released an album of Brahms’s last keyboard works.  An enthusiastic music scholar, Asher has been published by Cambridge University Press’s Tempo, Clavier, American Music Teacher, Piano Journal, and others.  He holds degrees from the Cincinnati College-Conservatory of Music (MM) and the University of Toronto (DMA), where he worked with renowned pianist-teacher Marietta Orlov. 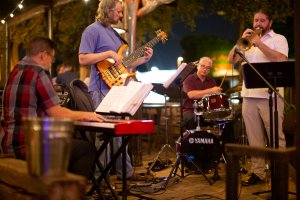 Originally from Louisville, KY, Bobby Falk is a drummer, composer, and educator. He is the founder of the Bobby Falk Group, a contemporary jazz band established in 2015. The group performs regularly in the Dallas-Fort Worth Metroplex and features artists performing a wide variety of music styles, from jazz classics to pop and soul standards.

The ensemble has released three full-length albums, A new day (2012), Samuel street songs (2015), and With my Dallas friends (2020) and performed in concert tours across the US, as part of many music festivals and concert series such as: the Huntingburg Jazz Fest, Katy Jazz Festival, Fort Worth Main Street Arts Festival, Denton Jazz, Arts Festival, Fort Worth Library Concert Series, Granbury Jazz, and the Lexington Library Jazz Series.