Students have the opportunity to play many team sports with the intramural league from Student Wellness Services.

Before you get started…

All players are subject to the student code of conduct enforced by the Dean of Student Life and must be a current Southeastern student, faculty, or staff member. Intercollegiate players are ineligible to play intramural sports in their sport. Intramural staff may delegate a loss for any team using an ineligible player. A player may only be listed on one roster and play for one team. If a player is listed on two rosters, captains will be notified that the individual is ineligible to play for either team during the duration of the season. After a team has been warned on use of ineligible player, the intramural coordinator may declare a loss for the team using an ineligible player again and or removal of the team from the league. Any team permitting an ineligible player to participate automatically forfeits the contest in which the ineligible player takes part. Intramural team captains are responsible for the establishment of the eligibility of players on their rosters. The Intramural Office does not assume the responsibility for checking the eligibility of the participants at the place of contest. Members of varsity athletic squads are not eligible for intramural competition in their specific sport. Members of the varsity athletic squads include individuals who are participating with, or competing in their respective sport and individuals who have been redshirted.

When a team is removed from the league, all teams previously played will be given a win for the game played against the removed team unless it is the last scheduled game for the removed team.

All official calls are final. There will be zero tolerance for arguing, harassing officials or questioning official’s calls. Player’s first offense: ejection from the game. Player’s second offense: suspension for the remainder of the season. If there is a problem with officials, captains should file complaints with the Intramural Coordinator. The games will go more smoothly and with less controversy if players know the rules. To avoid protests:  Talk to officials prior to the game.

No alcohol on the fields or courts by players or spectators. No fighting or harassment of officials.

Unsportsmanlike conduct will result in immediate ejection of player(s) from the game, cause loss of game and/or result in suspension of a team or player from further intramural participation.

Penalties for unsportsmanlike conduct will be determined by the Intramural Coordinator. 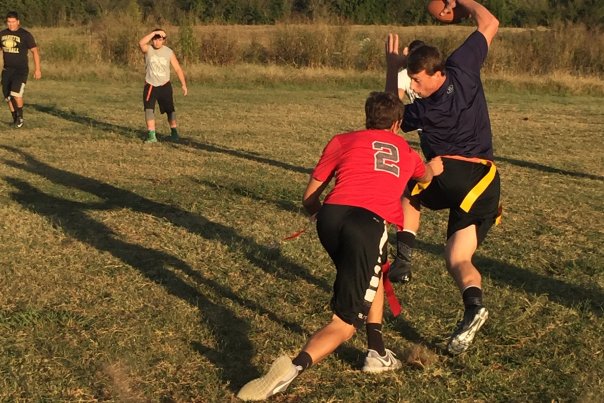 Intramural Flag Football takes place during the fall semester. Find the sign-up and Official Rules below. 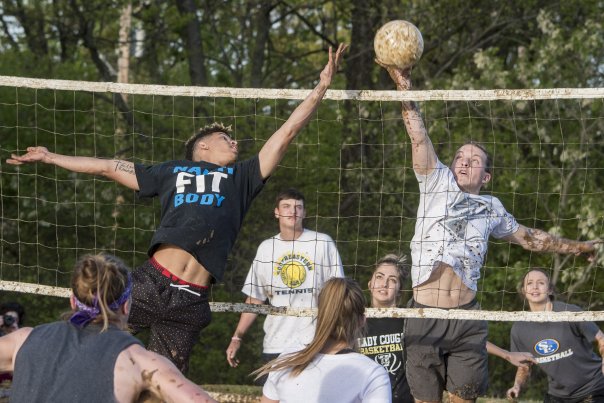 Intramural Volleyball takes place during the fall semester. Find the sign-up and Official Rules below. 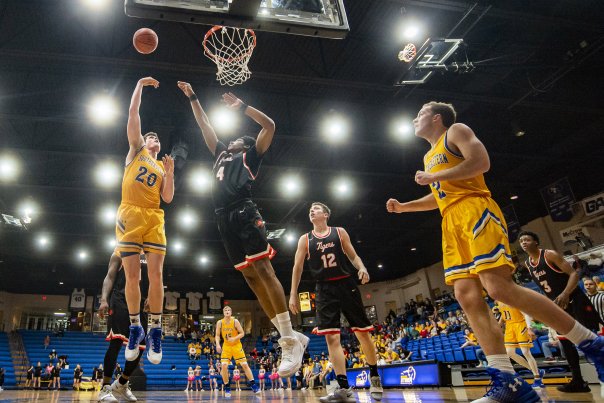 Intramural Basketball takes place during the spring semester. Find the sign-up and Official Rules below.

Intramural Softball takes place during the spring semester. Find the sign-up and Official Rules below. 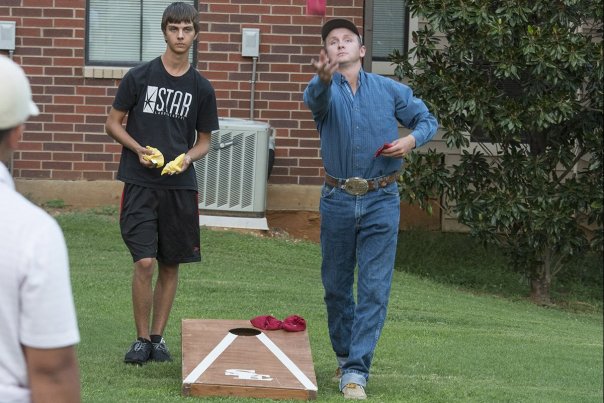 Intramural Cornhole takes place during the spring semester. Find the sign-up and Official Rules below.