Established in 2004, the Massey Family Foundation works to make a difference in the lives it touches by focusing on the giving causes of faith, education, and community.

The contributions to Southeastern made by the Massey Family Foundation have been transformational. Among these include gifts to establish 13 endowed professorships and chairs and the establishment of the John Massey Leadership Scholars Program, which is the largest scholarship gift in the history of Southeastern Oklahoma State University. 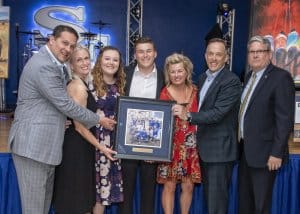 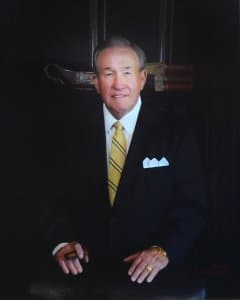 John Massey, a 1960 graduate and Distinguished Alumnus of Southeastern Oklahoma State University, was passionate about education and believed that everything worthwhile traces its roots to education.

John served as a Regent of the Oklahoma State System for Higher Education from 1992 until 2019, a record 27 years of service that made him the first three-term State Regent. He was named State Regent Emeritus in 2019. During this time, his advocacy and implementation of the Oklahoma’s Promise college tuition scholarship program was his greatest passion, and it continues to help Oklahoma families.

John served two terms as State Representative and two terms in the State Senate. He was an entrepreneur at heart and began a long and successful banking career beginning with an initial investment into Durant Bank and Trust in 1967. This early investment would lead to the bank’s evolution from a small bank to a flourishing financial organization with a huge purpose.

John was appointed chairman of the board in 1974, bought a controlling interest in the bank in 1986, and changed its name to First United Bank in 1998. Today, First United is a financial organization whose purpose is to inspire and empower others to Spend Life Wisely. This purpose includes a holistic approach to life that encompasses financial well-being, faith, health and wellness, and personal growth. First United proudly delivers service to over 300,000 customers through a network of community banks, mortgage offices, insurance agencies, and wealth management firms in over 60 communities across Oklahoma and Texas and has assets of $14 billion.

In 2004, John was inducted into the Oklahoma Higher Education Hall of Fame and in 2005, Southeastern honored him by renaming its school of business the John Massey School of Business. He received the Lifetime Achievement Award from the Southeastern Alumni Association, the only award of its kind ever presented, in 2015.

John believed in always doing the right thing. He believed in giving back and he made it his life’s mission to live a life full of love and impact.