Jay is a junior at Southeastern from Aledo, TX who studies Communications with an emphasis in broadcasting. Jay is the co-host and co-producer of “Double Play” which covers all sports that are Southeastern and other sporting news. Jay is also the engineer and producer for “Pop Quiz”. Jay graduated from Aledo in 2014, then graduated with an associate’s degree from Weatherford College in 2016.

I’m happy to bring a new show and hopefully a new audience to KSSU U92 FM! I love sports and keep up with all current events, sports or not, also savage or not (thanks Twitter for ruining me…) I love concerts just as much as sports too! Catch me anytime on campus and talk sports, music or anything with me!

Listen for Double Play live on Monday’s at 4 p.m. and pre-recorded shows Thursdays at 4 p.m.!

1. Baseball
2. Hockey
3. Football (both NFL & NCAA)
4. Basketball (NBA, but March Madness is one of the best times of the year)
5. ADAA (American Dodge ball Association of America) go Average Joe’s 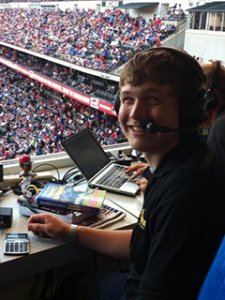 My name is Brandon Green. I am a junior at Southeastern Oklahoma State studying Communications with an emphasis in Broadcasting. I am one of the hosts of the brand new sports-talk show, “Double Play,” and the host of a live show called “BG’s Jukebox” Tuesday-Thursday. I graduated with my associate’s degree at Eastern Oklahoma State College in May of 2016 while studying Mass Communication. I played 11 years of baseball and am a fanatic of the game. While at Eastern, I was a play-by-play announcer for the local radio station, broadcasting college baseball, softball, basketball, and high school football. I am excited to see what I can do for the U here at U92 FM! 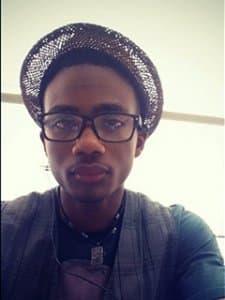 Charles Jackson (Pedagogue) is a junior at Southeastern Oklahoma State University from Fort Worth, Texas. He is pursuing a Bachelor of Arts in both Theatre and Broadcasting. His previous acting credits include roles in Putnam County Spelling Bee, Almost Maine, Wizard of Oz, What I Did Last Summer, Hamlet’s Intellect in Theatre at Southeastern’s The Time is Out Joint: A Study of Hamlet, and Mel Brooks’ Young Frankenstein. He has won multiple acting awards, is a member of Alpha Psi Omega, and recently qualified for Nationals with Southeastern’s Speech and Debate Association. 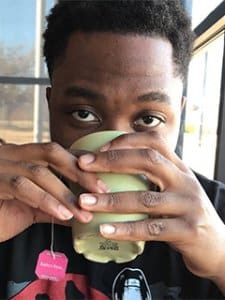 Ralonate Worley is a junior at Sotuheastern Oklahoma State University, from Fort Worth, Texas. He is pursuing a Bachelor of Arts in Communications and Theatre. His previous acting credits include roles in Wizard of Oz, Shadow Box, Moon over Buffalo, Almost Maine, Putnam County Spelling Bee, Theatre at Southeastern’s The Two Gentlemen of Verona, and Theatre at Southeastern’s Mel Brooks’ Young Frankenstein. He has won multiple awards in Theatre, is a member of Southeastern Oklahoma State University’s chapter of Alpha Psi Omega, and recently qualified for Nationals with Southeastern’s Speech and Debate Association.

Catch the Stamp on Monday, Wednesday and Friday at 3:30 p.m.! 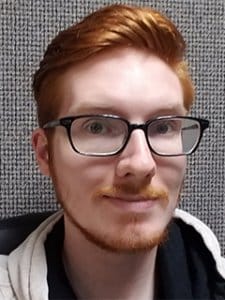 My name is Robert Bedford and I’m a transfer to Southeastern from Eastern Oklahoma State College. I’m a junior now, working for the media team here at Southeastern. I’m majoring in communications with a focus in broadcasting. I like to play games a lot and have a passion for them, hoping someday to work in gaming journalism in some form.

My radio show TAG, Talk about Games or Robert’s Game Corner, comes on every Monday, Wednesday, and Friday at 4:30 p.m. 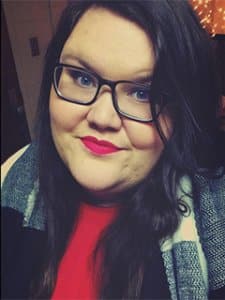 I am a senior broadcasting major from Paris, TX. I spend way too much time obsessing over Lord of the Rings and talking into a camera. Subscribe to youtube.com/ChikHaley64 if you want to join the fun! Singing in the shower is a sport to me. Disney is a lifestyle and I believe that Pokemon really existed and the government is hiding it from me.

No, seriously. I like long walks on the beach. 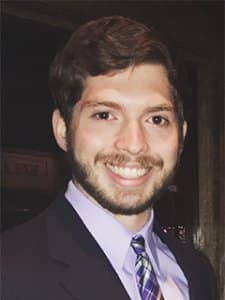 My name is Patrick and I am a Broadcasting Journalism major. I am from Plano, Texas and I am a Junior at Southeastern. I love the arts and to perform as well as be involved outdoors!

Drillbit Taylor, Harry Potter and the Order of the Phoenix, Troy, Transformers, Cars 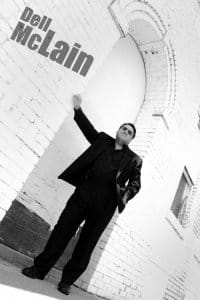