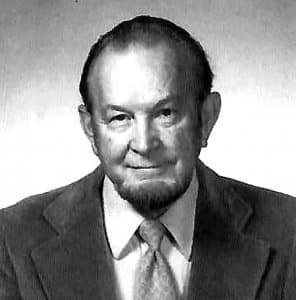 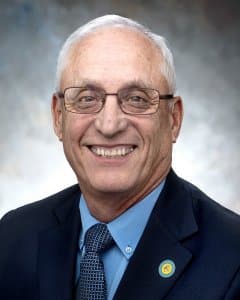 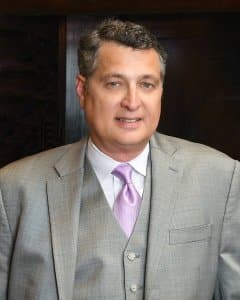 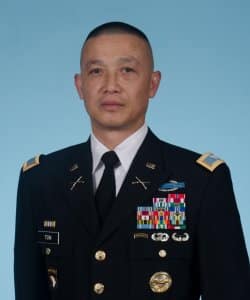 The honorees will be formally recognized at the Alumni Association’s Distinguished Awards Banquet on Friday, October 25, in the Visual & Performing Arts Center.

Throughout his career, Jim Parrish established himself as a leader in education in the State of Oklahoma, and is “known by all for his fairness to fellow workers and for being a champion in every respect to the children he has served.”

Upon his retirement from Bennington Public Schools in 2009, he joined the Choctaw Nation of Oklahoma. Driven by a desire to preserve and promote the words of his ancestors, Parrish has worked to ensure that the Choctaw language be accredited as a world language within Oklahoma’s public schools.

He also brought integral information and knowledge to the Oklahoma State Department of Education to help create an alternative pathway to certification for Native American languages. To date, 10 tribes have taken advantage of the certification pathway, and students are now able to receive high school graduation credit for their world language study.

His wife, father, and grandfather are also all Southeastern graduates.

Colonel Tuan T. Ton assumed his current position with the U.S. Army in September of 2015.

Ton enlisted in the Army as an infantryman in 1986 and served with the 3rd Infantry Division in Germany. He received his commission as an infantry officer in 1989 and began his service with the 101st Airborne Division (Air Assault), including participation in Operations Desert Shield and Desert Storm as a platoon leader. Ton later served with the 1st Cavalry Division as a mechanized infantry company commander.

After earning the Foreign Area Officer qualification in 2002, Ton subsequently served in the following assignments: Country Director for Cambodia, Laos, and Vietnam at U.S. Pacific Command; Policy Advisor to the Deputy Assistant Secretary of Defense for POW/Missing Personnel Affairs; U.S. Forces-Afghanistan Liaison Officer to U.S. Embassy Islamabad and Pakistan’s Army Headquarters in support of Operation Enduring Freedom; and Senior Military Advisor at the Department of State’s Bureau of East Asia and the Pacific.

Prior to his current assignment, Ton was the Deputy Chief of the Southeast Asia Policy Division at the U.S. Pacific Command.

Among his many awards are the Defense Superior Service Medal, Bronze Star Medal, and Defense Meritorious Service Medal.

Ton immigrated to the United States in 1977 and is fluent in the Vietnamese language.

He received a Bachelor of Science degree from Southeastern in 1984 and a Master of Art in National Security Affairs from the Naval Postgraduate School in 2000.

In addition, his wife, older brother, and a cousin are Southeastern graduates.

Rick Wells is the Principal and Founder of Wells Hospitality Group, LLC, One Heart Ventures, LLC, and The Seed Project Foundation.

Wells Hospitality Group is the developer and co-owner of McKinney (Texas)-based Rick’s Chophouse, Harvest Seasonal Kitchen, and Sterling Events and Catering. Each of these entities has won numerous awards ranging from Top Ten Restaurants in north Texas, Wine Spectator Award of Excellence, to the Top 10 Best New Restaurants in the Dallas area.

His background includes multi-unit management in the corporate, casual-dining segment during its explosive growth in the ‘80s and ‘90s with Bennigan’s and Dallas-based Sambuca Restaurant Group.

In addition, he and his wife Robbin own The Goddard School of McKinney, an early-childhood development center for children ages six weeks to six years.

Active in his community, Wells is Past President of the Samaritan Inn, Past President of The Foundation for Lovejoy Schools, and former Chairman of the McKinney Chamber Services Media Inc. He received the Good Samaritan Award in 2011, Business of the Year in 2012, Civic Leader of the Year in 2013, and the Texas A&M AgriLife 2015 Horticulture Award.

Wells earned his Bachelor’s Degree in Business Administration from Southeastern in 1984. The Sterling, Colorado, native graduated from Antlers High School.

While at Southeastern, Wells was president of Sigma Tau Gamma, and his father and brother are also SE graduates.

The late Dr. Herbert J. “Herb” Taylor did pioneering work in the fields of chromosomes and DNA.  He verified by experiment, many of the theories that Francis Crick and James Watson held with regards to DNA. Crick and Watson, along with Maurice Wilkins, won the 1962 Nobel Prize in Medicine for their discovery of the structure of DNA.

In 2006, a Cold Spring Harbor Laboratory textbook stated that Taylor “comes as close as anyone to being considered the father of the field of chromosomes.”  He published more than 100 scholarly papers in the field.

In 1960, Taylor co-founded the American Society for Cell Biology, which is still active today.  He was elected to the National Academy of Sciences in 1977, which is one of the highest honors a scientist can hold.

The Corsicana, Texas, native died in 1998 at the age of 82.  In 2005, Florida State University published his biography entitled, J. Herbert Taylor: DNA Pioneer.

For a complete schedule of events, visit https://www.se.edu/alumni/homecoming-2019/