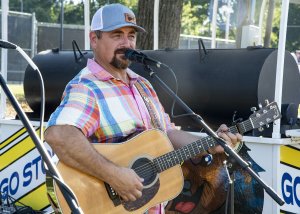 DURANT, Okla. – Country, rock and Americana are among the musical styles being offered by local and regional acts this fall as part of the Stuteville Chevrolet Tailgate Alley concert series at Southeastern Oklahoma State University.

The free concerts begin three hours prior to the kickoff of Saturday Savage Storm home football games and are held in Stuteville Chevrolet Tailgate Alley, adjacent to Paul Laird Field.

Among this year’s musical acts are Time Machine, a dance-party band from

Dallas, and local favorite Greg Guymon, who wraps up the series on November 16.

Following is the schedule of concerts:

Tailgaters are invited to bring their tents and cookers to Stuteville Chevrolet Tailgate Alley, located in the parking lot at the corner of 2nd Ave. and University Blvd.