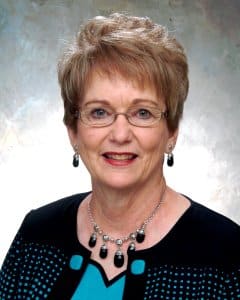 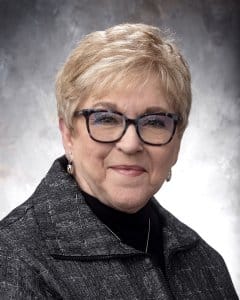 This year’s Distinguished Former Faculty Award recipients are Dr. Mary Ann Craige, music professor, and  Vicki Hudson, health, physical education and recreation professor.     Collectively, they taught for nearly a century at Southeastern, with both retiring in 2016.

The honorees will be formally recognized at the Alumni Association’s Distinguished Awards Banquet on Friday, October 25, at 5:30 p.m.  in the Visual & Performing Arts Center.

Dr. Mary Ann Craige, a name synonymous with music education, retired from Southeastern after a highly-distinguished 50-year career as Professor of Music.

Along with serving as a music instructor, Craige was a highly-sought accompanist for solo and ensemble performances. Her private students earned numerous first-place awards in various contests over the years as she sought to instill a love for and appreciation of music in everyone with whom she came into contact.

Craige was director of the Chorvettes for many years at Southeastern, and among her students was Reba McEntire.

She earned a bachelor of music degree in piano performance at Oklahoma Baptist and received both a master of music and Ph.D. in College Teaching and Piano Performance from North Texas State University in Denton.

Craige was presented the Southeastern Oklahoma State University Lifetime Achievement Award in 2014 and was named Professor Emeritus of Music in 2016.

In 2016, she was the recipient of the Oklahoma Baptist University Alumni Achievement Award. This award is the highest honor bestowed by OBU and is given in recognition of outstanding life service which has brought honor to the individual’s alma mater.

Vicki Hudson accomplished a great deal during her 46-year career at Southeastern, but perhaps her greatest achievement was providing inspiration while making a profound and lasting impact on young people, many of whom went on to become educators.

A native of Sentinel, Oklahoma, Hudson  earned her master and bachelor degrees in Education at Southwestern Oklahoma State University.

She began her Southeastern career in 1970 as an instructor in Health, Physical Education and Recreation and as the coach of women’s sports – basketball, softball, volleyball and tennis. Later, she was promoted to Assistant Professor and coached only basketball and tennis.

When Southeastern switched  from NAIA to NCAA competition, Hudson gave up her coaching duties to become Assistant to the Director of Athletics and Senior Woman Administrator. In addition, she continued her teaching duties and served as chair of the Department of Health , Physical Education and Recreation from 1997-2016.

Throughout her career, Hudson was the recipient of many awards and honors, including the “Heart of Southeastern,’’ “Southeastern Faculty Senate Lifetime Achievement Award,’’ “Virginia Peters Higher Education Professional Award,’’ “Southeastern Athletic Hall of Fame,’’ “National Association for Girls and Women in Sports Pathfinder Award,’’ and “NAIA District 9 Coach of the Year Awards’’ in tennis and basketball.

For a complete schedule of events, visit https://www.se.edu/alumni/homecoming-2019/