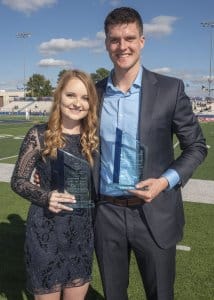 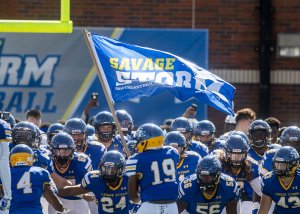 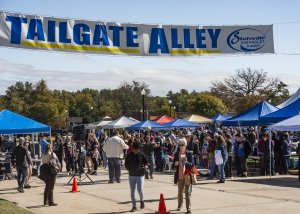 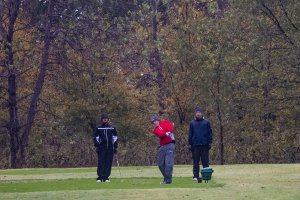 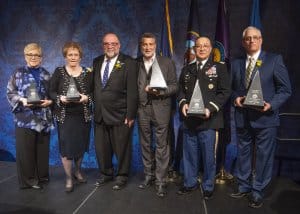 Among the many events were the  Whang Bang alumni golf tournament at Chickasaw Pointe,  the Alumni Association banquet honoring the Distinguished Alumni and Former Faculty award recipients, pre-game tailgating, and football game against Henderson State.

Thursday night’s Homecoming Parade was cancelled due to heavy rain, while Friday night’s bonfire was moved to the Glen D. Johnson Student Union gym for a pep rally.

Saturday was a different story, as the clouds broke and the sun produced a beautiful fall afternoon as a large crowd enjoyed tailgating activities and the football game.

At halftime, students Sarah Winnett and Kevin Buckingham were named Homecoming Royalty. The Savage Storm came up on the short end of a 41-27 score against Henderson.

This year’s Alumni Association award recipients were as follows: