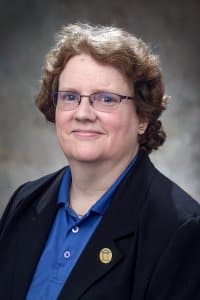 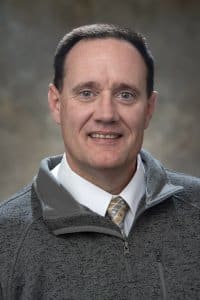 Prior to moving into administration earlier this year, Golden served as a professor in the Department of Biological Sciences at Southeastern since 2006. She was also a department chair.

Golden has been active in involving students in cancer research, presentations, and grants. She has received Faculty Senate awards for Research and Service.

Golden holds a Ph.D. and master’s from the University of Rochester and a bachelor’s degree from State University of New York at Albany. She is a native of East Berne, New York.

In addition, Dr.  Brad Ludrick has been appointed Associate Vice President for Tribal Relations and Academic Affairs. In this role, Ludrick will oversee tribal relations, academic advising and outreach, program review, academic appeal and forgiveness processes for students, and appeal and grievance processes for faculty. Part of his duties will include being the University’s point of contact with the Native American tribes.

He is also the Faculty Athletic Representative at Southeastern.

Ludrick  previously served as professor-coordinator of the Master of Science in the Native American Leadership program.

He joined the Southeastern faculty in 1997, and holds a doctorate from Texas A&M-Commerce and master’s  and bachelor’s  degrees from Southeastern.  A member of the Choctaw Nation of Oklahoma, Ludrick is a 1989 graduate of Durant High School.

These organizational changes come after Clark, the former Vice President for Academic Affairs, assumed the role of interim president in mid-October of this year.