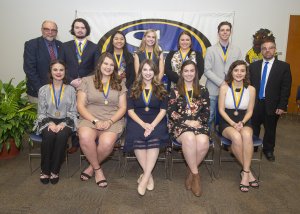 The honorees were recognized for academic achievement and campus/community involvement.

Below are the recipients of the Top 10 Freshman award, followed by their  academic major and hometown: