DURANT, Okla. – During his 30-year career at Southeastern Oklahoma State University, Dr. Bryon Clark has worn many hats – including that of interim president over the last six months.

On April 29, the Centerville, Iowa, native will be retiring as Dr. Thomas Newsom begins his duties as the 21st president of Southeastern.

Clark’s dedication and service in leading the University were formally recognized recently with a resolution from the Regional University System of Oklahoma (RUSO) Board of Regents. He was also designated with the honorary title of Interim President Emeritus.

Prior to his duties as interim president, Clark served as Vice President for Academic Affairs under President Sean Burrage. He also had a stint as acting president. 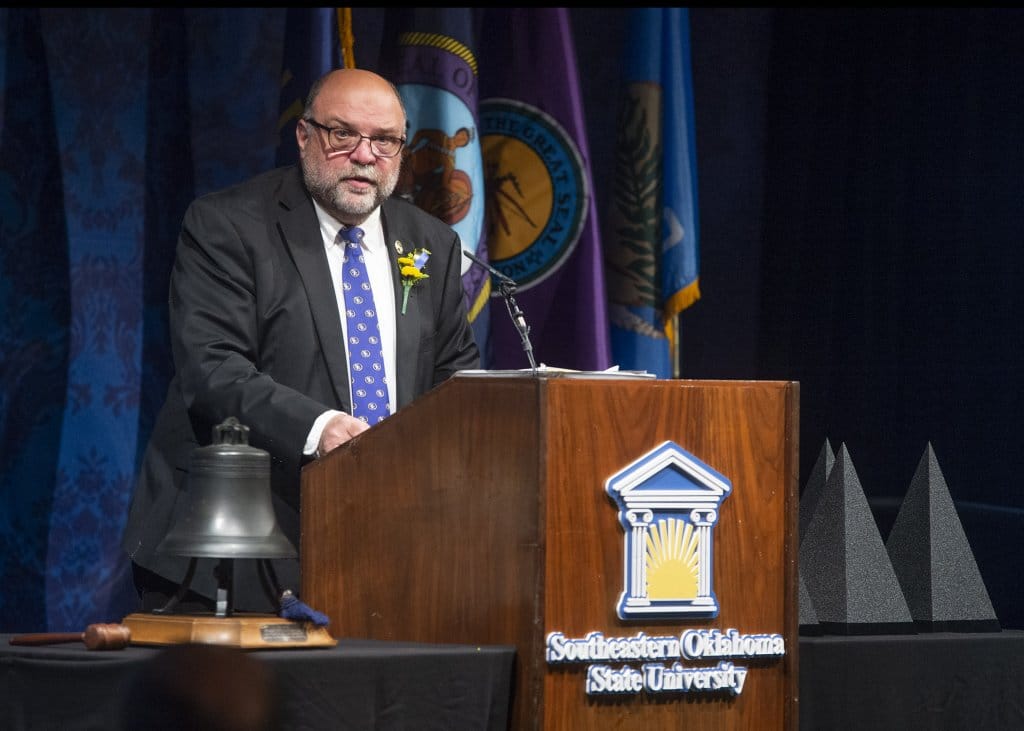 Interim president Bryon Clark will be retiring after 30 years at Southeastern.

“When you look at the history of Southeastern, you will not find a more significant leader than Bryon Clark,’’ said Burrage, who is now Vice President for Executive Affairs at the University of Oklahoma. “His career spanned all facets of the University, from the classroom to interim president. No one has done more to impact the long-term success of the institution.’’

“At a critical time, Dr. Clark stepped in and provided Southeastern with the steady guidance needed to maintain the success the University has experienced over the past several years,’’ she said. “We all respect and admire the remarkable job he has done during some of the most challenging times ever faced by institutions of higher learning.’’

Clark  joined the University in 1990 as an Assistant Professor in the Department of Biological Sciences. After earning tenure, he was promoted to Associate Professor in 1994 and Professor in 1999. Prior to his duties as Vice President for Academic Affairs, Clark served as Chair of the Department of Biological Sciences, Director of General Education, Associate Dean-Dean of the School of Graduate and University Studies, and Assistant-Associate Vice President for Academic Affairs. 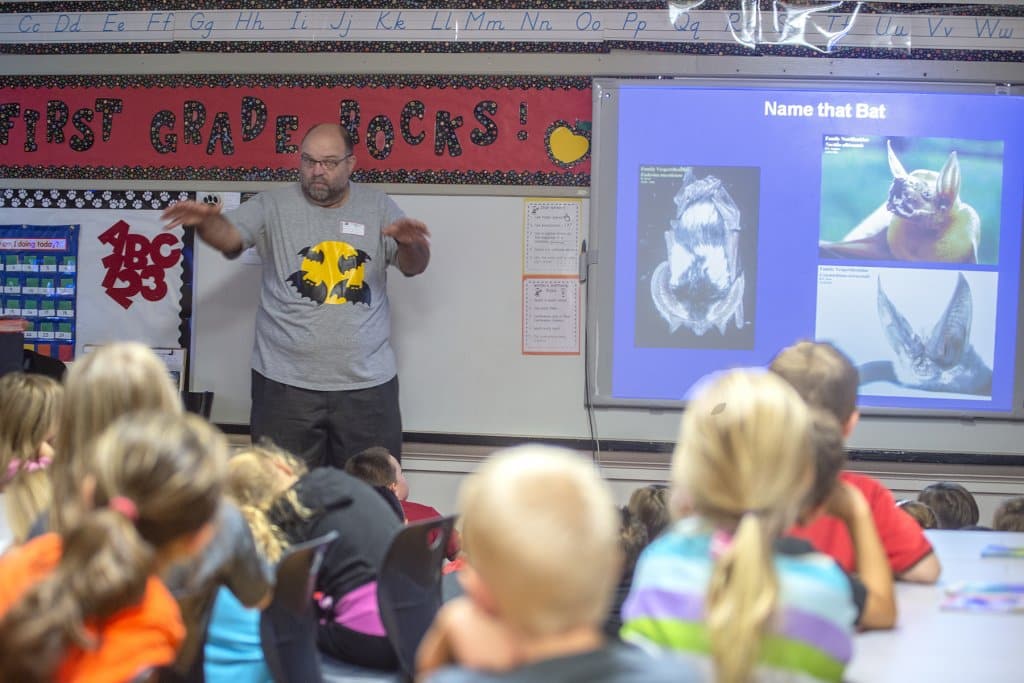 Dr. Bryon Clark presents a program on bats at an area elementary school.

He has been the recipient of numerous awards for teaching, research, and service, and his study and research of bats and other small mammals made him a popular speaker at schools throughout Oklahoma and Texas over the past several years.

He and his wife Margaret, a retired Southeastern professor, have a son, Gerald, who will graduate from Sherman (Texas) High School this spring and attend the University of Miami in the fall. The Clarks reside in Sherman.

Clark’s retirement plans include travel, beekeeping, and volunteering with the Texas Master Naturalists.

“As an Iowa farm boy, not once did I ever dream of being a professor or interim president, but I feel so blessed to have served as both during my 30 years at Southeastern,’’ Clark said. “I have been humbled by the opportunities afforded to me and hope that the lives of students, faculty, staff, and the higher education community have been enriched as much as mine. Even though I am looking forward to the next phase of my life, I will always remember the people, opportunities, and memories from my time at Southeastern.’’