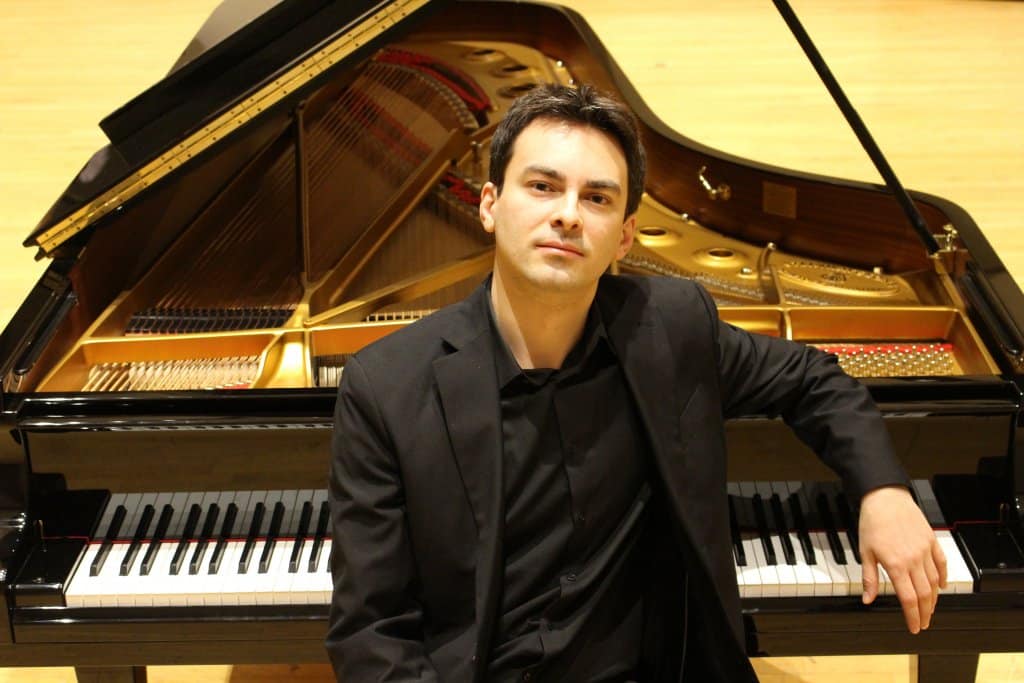 Dr. Dima will be performing works from Beethoven at the concert

DURANT, Okla. – Dr. Catalin Dima, a faculty member in the department of music at Southeastern Oklahoma State University, will host a virtual piano concert on Thursday, July 16, from 6-7 p.m., originating from the Fine Arts Recital Hall on campus.

The hour-long event, featuring selections from Beethoven, is designed to bring awareness and raise funds for the Shelter for the Storm Fund, which was created through the Southeastern Foundation and will be used to assist students with challenges related to the COVID-19 pandemic and future issues that might arise.

Southeastern president Thomas Newsom will offer remarks at 6 p.m. followed by Dr. Dima, who will play for approximately 50 minutes. The concert will be live streamed on the official University Facebook page – www.facebook.com/southeasternoklahomastateuniversity by Keystone Broadcasting and Mix 96.1 – the home of the Southeastern Sports Network.

He has performed in many venues throughout the United States, Europe, and Japan.

Dima is a strong proponent of Romanian music, especially classical with folk influences. Together with the Romanian violinist Alex Malaimare, he started a project that includes lectures and promotes Romanian classical and folk music throughout the U.S.