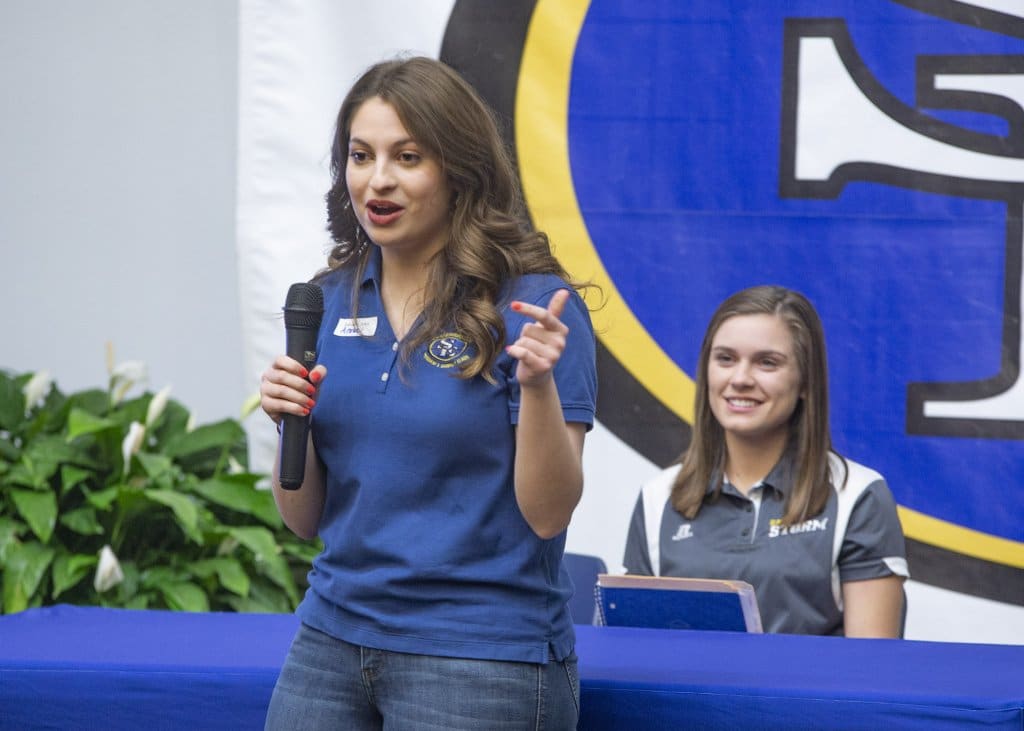 Anna Antuono, a junior from Ardmore, speaks to a group of students last year.

DURANT, Okla. – Being a student leader on a college campus carries with it some responsibility.

And that responsibility has perhaps never been greater than this year at colleges and universities throughout the country as classes begin amid the concerns and uncertainty surrounding the COVID-19 pandemic.

At Southeastern Oklahoma State University, Anna Antuono fills numerous leadership roles, including that of Student Government Association (SGA) president, sorority president, senior resident life assistant, as a graduate of the Southeastern President’s Leadership Class (PLC), a participant in the Alumni Legacy Leadership program, and as a past member of  the George and Donna Nigh Leadership Academy.

She also serves on Southeastern’s COVID-19 Recovery Task Force, a group that includes faculty, staff and community members that has worked with University president Thomas Newsom to establish guidelines for a safe return to face-to-face instruction this fall.

“Honestly, that (serving on the task force) was stressful,’’ Antuono, a junior,  said recently. “But at the same time, it was very rewarding doing work that really mattered and impacted the lives of students, families, faculty, staff, and the community.’’

She is quite visible on campus and in the community, representing the University at various functions and doing an occasional interview, where you may she her on the local TV news talking about Southeastern. 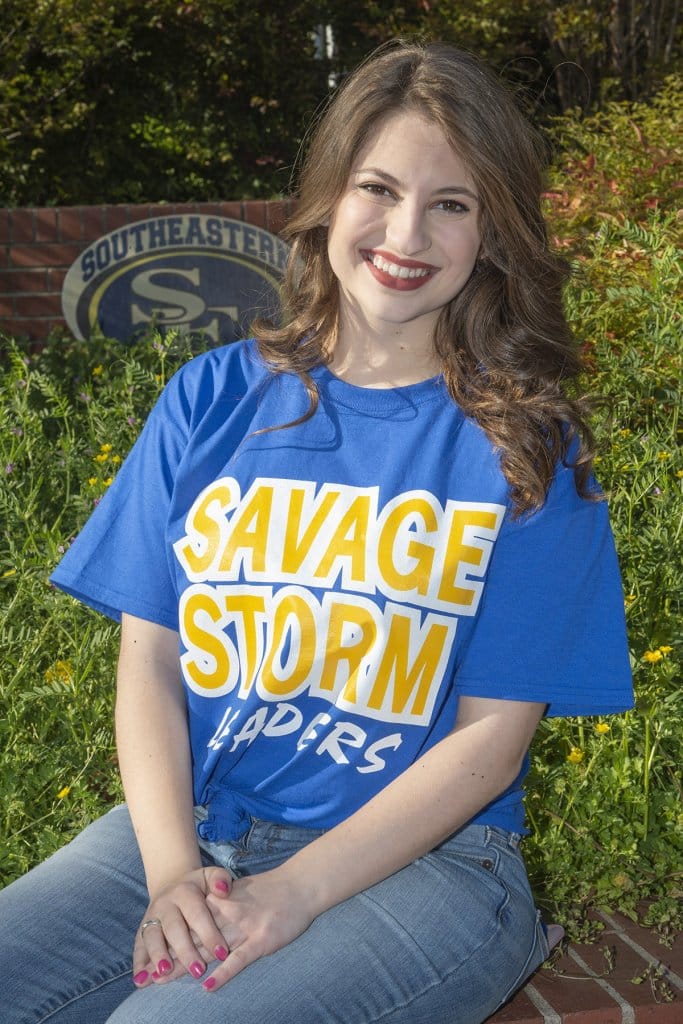 Anna Antuono serves in a variety of leadership roles at Southeastern.

On top of all her leadership activities, Antuono, who is from Ardmore and is  a Lone Grove High School graduate, is studying special education; however, her career plans include attending graduate school to become an industrial organizational psychologist.

As SGA president, Antuono has championed the cause of continued low tuition, more involvement from graduate students on campus, and additional mental health resources for students.

In her role as a senior residence life assistant, she works with many students, including those in the President’s Leadership Class.

“The best thing I can do is to offer them a listening ear – and then maybe some advice,’’ Antuono said. “For those students who might be homesick, I tell them to get involved on campus as quickly as possible and make friends. And they will then find their home and place at Southeastern.’’

Anna is actually following in the footsteps of older sister Luana Grace, who also was an SGA president at Southeastern, a residence life assistant, and sorority member who participated on the Sparks Dance Team. She is now a teacher-counselor at Ardmore Middle School.

Other family members are educators in Lone Grove, as Anna’s mother is a special education director, while her stepfather is an art teacher and musician.

Anna holds dual citizenship in the United States and Italy, where her father resides.