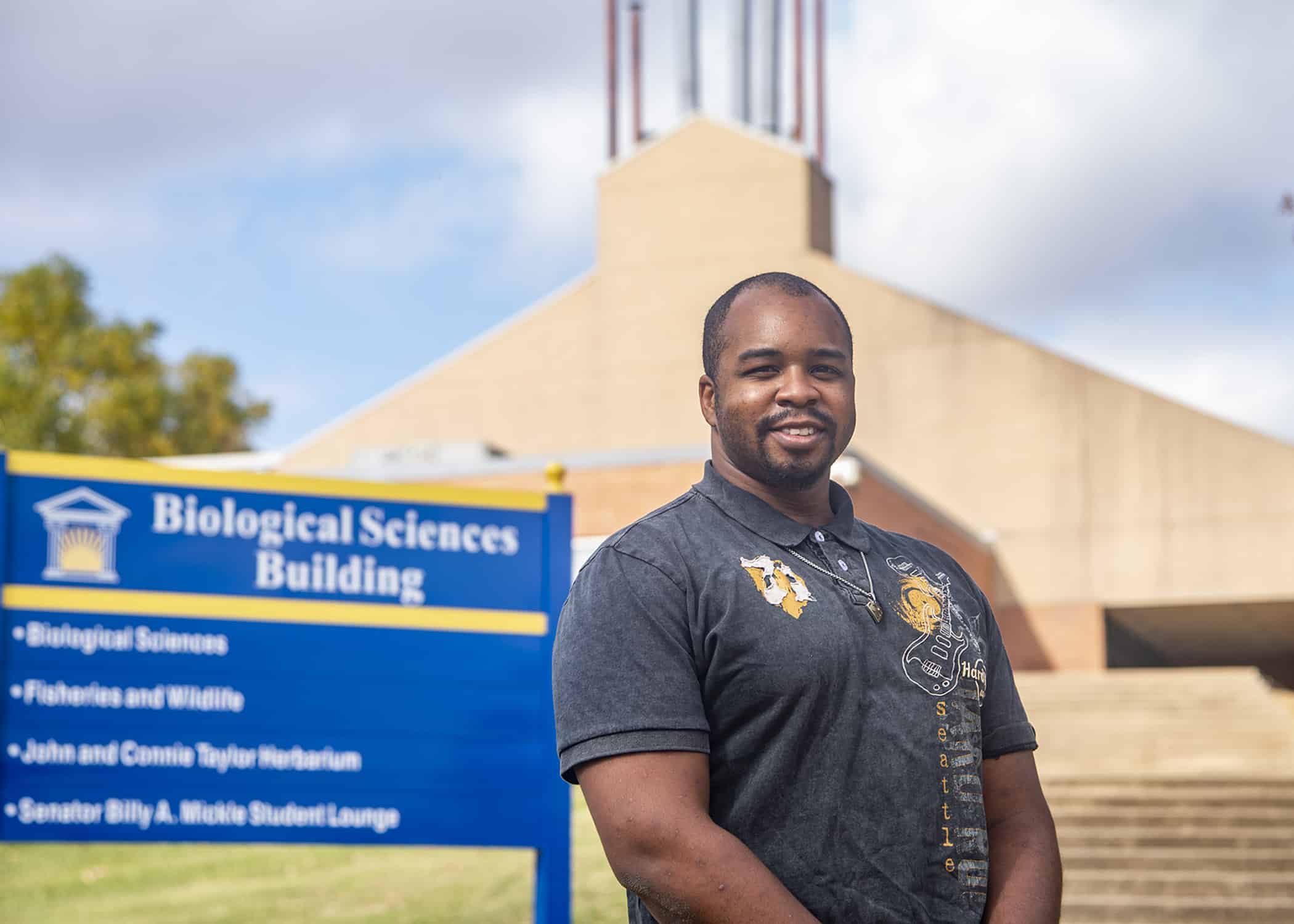 DURANT, Okla. – When many people reach a certain age in life, they make a career change. For Darrin Wade, such a decision came at the relatively young age of 28.

Saying that he has always “wanted to help people,’’ Wade is the midst of transitioning from theater teacher to physician.

But that’s getting ahead of the story.

Wade, a Houston native, graduated from Alief Kerr High School, a magnet school, where he was involved in theater, among other activities. He then moved to the Sherman-Denison area, where his father is a pulmonologist. (His older sister is a cancer research nurse in Dallas).

It was while working on various productions at the Sherman Community Playhouse that Wade first heard about a school nearby called Southeastern Oklahoma State University.

“I met some students there and they told me about Southeastern,’’  Wade, now 30, said recently.

And the next thing you know, he was in Durant,  majoring in Technical Theatre Design, with a minor in Computer Science.

“I was very fortunate in that Dell McLain (director of theater), Riley Risso Coker (director of dance), and Dr. Aaron Adair (theater professor) provided me with different avenues to be successful,’’ Wade said. “The work ethic I learned at Southeastern was also important to my development. Southeastern gives students the tools to begin their journey in life, and that’s what I would tell high school students today, that ‘this is the absolute best place to start your journey.’ ‘’

While immersing himself in theater at Southeastern, specifically lighting design, Wade found time to serve as a True Blue Student Ambassador. He would also return in later years to work at the Oklahoma Shakespearean Festival in the summers.

In addition to graduate school, Wade gained some valuable experience in lighting, with “gigs’’ at both Universal and Disney theme parks.

“I liked the culture out in California, but at the same time, I missed Texas and Oklahoma,’’ he said. “Although I am from Houston, I consider Durant to be my hometown now.  People will go out of their way to be friendly and to help you. It’s a step beyond southern hospitality in Durant.’’

So after three years out west and with master’s degree in hand, Wade traveled back to Texas, searching for a job in education. He found it, teaching theater arts at Marble Falls High School, near Austin.

“After two years (of teaching), I decided it was time to sit down and have a hard talk with myself,’’ he recalled. “People go to the theater to feel better, but I wanted to do something to actually make people feel better. My father always said to follow your dreams……’’

So Wade found himself back in his ‘’hometown’’ of Durant, working on a third degree, this time in Biology-Biological Health. Administrators/professors he cites as influences are Dr. Teresa Golden, Dr. Brad Ludrick, Dr. Diane Dixon, and  Dr. Ning Wu.