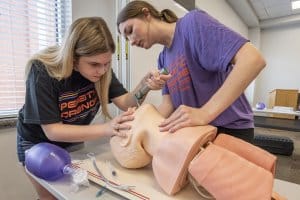 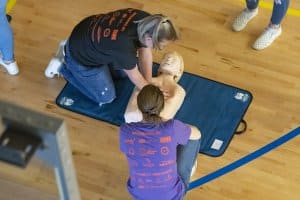 Southeastern is one of six sites in the state hosting the event, which is presented by  the Oklahoma State University Center for Health Sciences.

Among the cities/schools represented from Oklahoma were Durant, Silo, Madill, Achille, McAlester, Hugo, Edmond, and Tushka. From Texas, students participated from such areas as Denison, Paris, Whitesboro, and Wylie.

Operation Orange provides students (grades 9-12) interested in a career in medicine an opportunity to spend the day in the life of  a medical student.

The hands-on camp allowed students to study the human anatomy; perform intubations by using a simulator; and learn more about career opportunities in the health care field.

Numerous recent Southeastern graduates have either completed or been accepted into various medical schools.