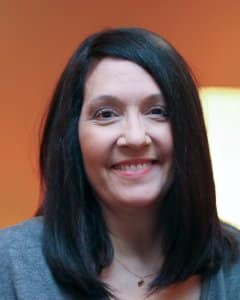 DURANT, Okla. – Riley Risso Coker will begin her duties of Director of Theatre at Southeastern Oklahoma State University on June 7.

She is an Associate Professor of Theatre at Southeastern, where she teaches courses in acting, film, dance and theatre management.  She also serves as the Director of the SPARKS Dance Team and is the faculty sponsor for Alpha Psi Omega —  a theatre fraternity.

“My mother (the late Dr. Molly Risso) was a master teacher with a unique vision for the theatre department at Southeastern,’’ Coker said. “She trained hundreds of theatre artisans during her tenure as director of theatre who have gone on to have successful careers in the industry.  One of those students was Dell McLain (the late Director of Theatre).  He picked up the reins after my mother’s death, and successfully led Theatre at Southeastern for more than twenty years.  His leadership and contribution to the art form cannot be understated.  I am humbled and honored to be entrusted with the opportunity to serve in this lineage of inspired visionaries.”

In addition to her duties at the University, Coker is the Producing Director of the Oklahoma Shakespearean Festival,  which is currently entering its 42nd season.  The Festival produces eight shows each summer and hosts the Academy for the Performing Arts during the academic year.

Coker earned her Master of Fine Arts degree in Theatre from California State University, Fullerton, and her Bachelor’s in Communication and Theatre from Southeastern.