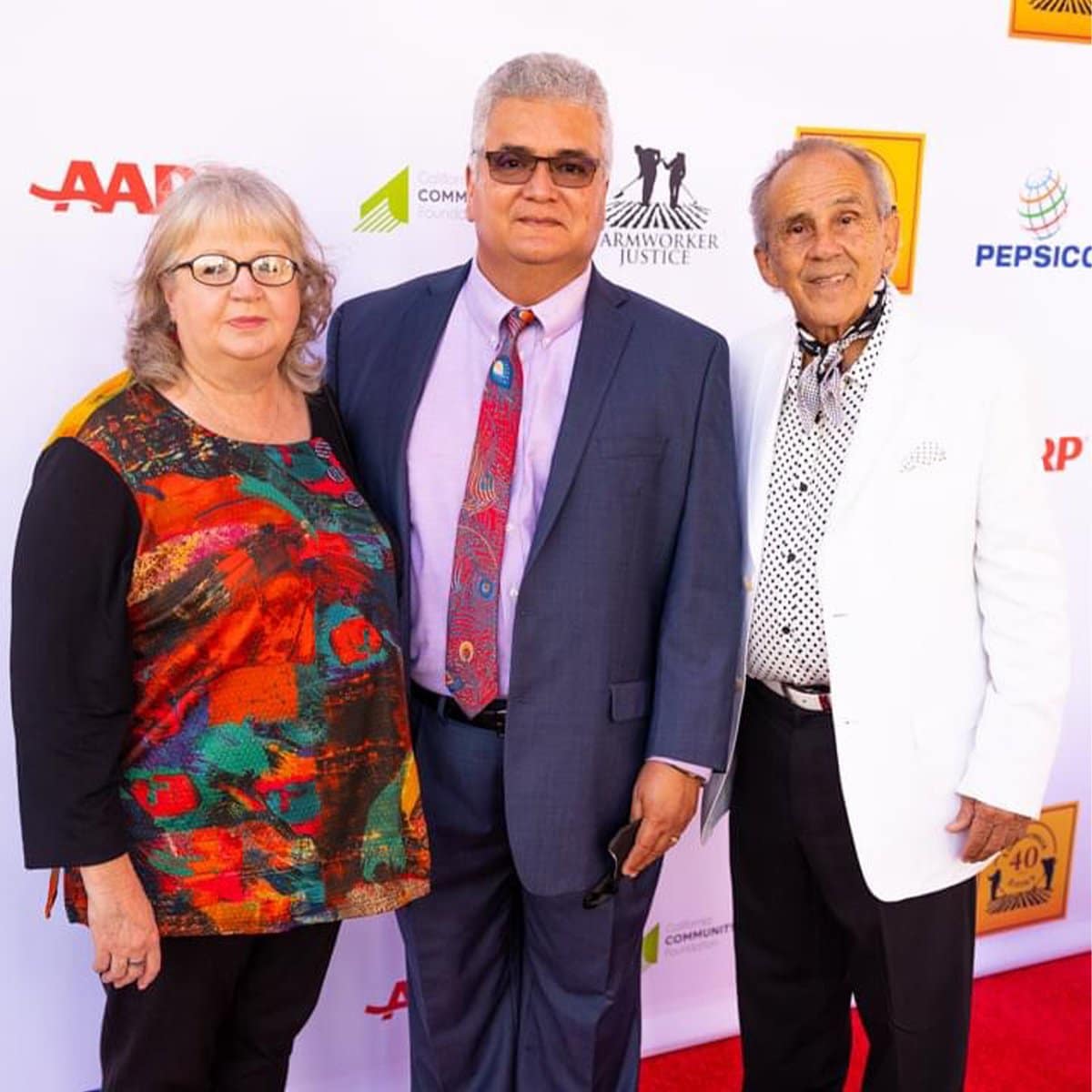 As part of his research for an upcoming book, a Southeastern Oklahoma State University faculty member was a special guest at the recent 40th Anniversary Farm Workers Justice Awards in Los Angeles.

Dr. Rolando Diaz, Assistant Professor of Spanish, English, and Humanities,  and his wife, Ms. Lewanda Diaz, attended the event as he continues work on his book, “The Chicano Legacy in the Twenty-first Century.”

The book, which he hopes to publish in the near future,  will examine the continued legacy of the Hispanic/Latino/Chicano community across multiple disciplines. At the event, Diaz was able to interview, meet, and connect with many high-profile Latinos for inclusion in his book. The first of a series, this initial volume will focus on Hispanic representation in the arts. The book is presented as a series of interviews that explores the lives and contributions of Hispanics in the entertainment industry and in literature.

Recognized at the awards event in Los Angeles were Eva Longoria, actress, producer, director, and Richard Montañez, inventor of Flamin’ Hot Cheetos and currently a top executive with Frito Lay.