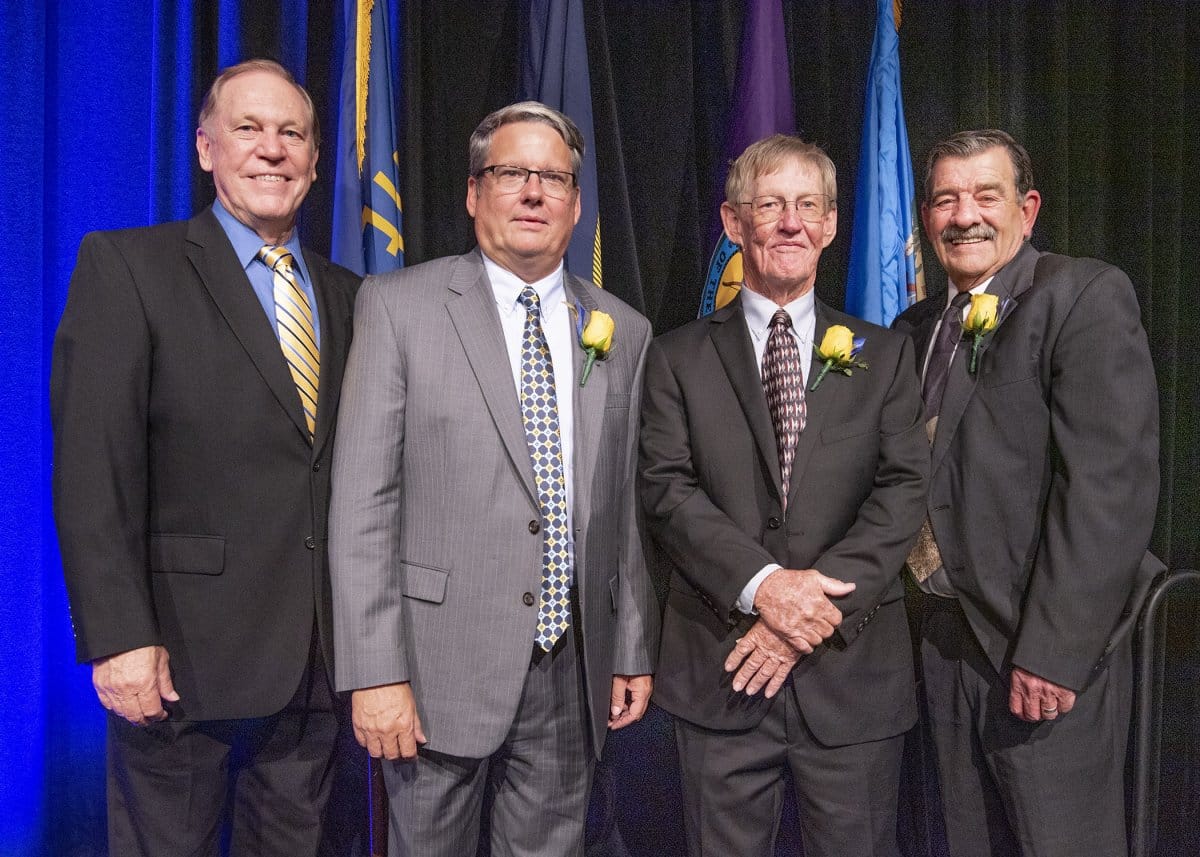 The annual celebration featured something for everyone – from golf to awards to a bonfire to football to even a museum opening.

Brock (’76,’81) is a legend in women’s basketball coaching circles, having most recently been a part of three national championships as associate head coach/assistant coach at Baylor under Kim Mulkey. Prior to that, the Durant High School graduate enjoyed great success at Grayson College, compiling a record of 371-50 as head coach.

Duffy (’73) served as the director of the Oklahoma Department of Wildlife Conservation for 16 years before retiring in 2009. During a 38-year career with the department, he combined his biological and management training with exceptional logistical and people skills to make  a number of  significant contributions to the conservation of Oklahoma’s wildlife resources and environment.

Metheny (’69,’70), is a retired Southeastern baseball coach who is a member of three halls of fame, served the University for 40 years, and ended his career as the winningest coach in NCAA  Division II baseball with 1,324 victories. He also guided SE to a national championship. In 2019, Southeastern’s baseball field was named in his honor.

Following the banquet, the annual bonfire was held at  the amphitheatre on campus.

On Saturday afternoon, the Savage Storm defeated Northwestern 43-10 in football action at Paul Laird Field. The victory boosted Southeastern into a four-way tie for first place in the Great American Conference.

Named as homecoming royalty at halftime were Haley Hostetler and James Quarles. Hostetler is a senior communication – media  studies major from Burleson, Texas, while Quarles is a senior biology-biological health sciences major and graduate of Achille High School.