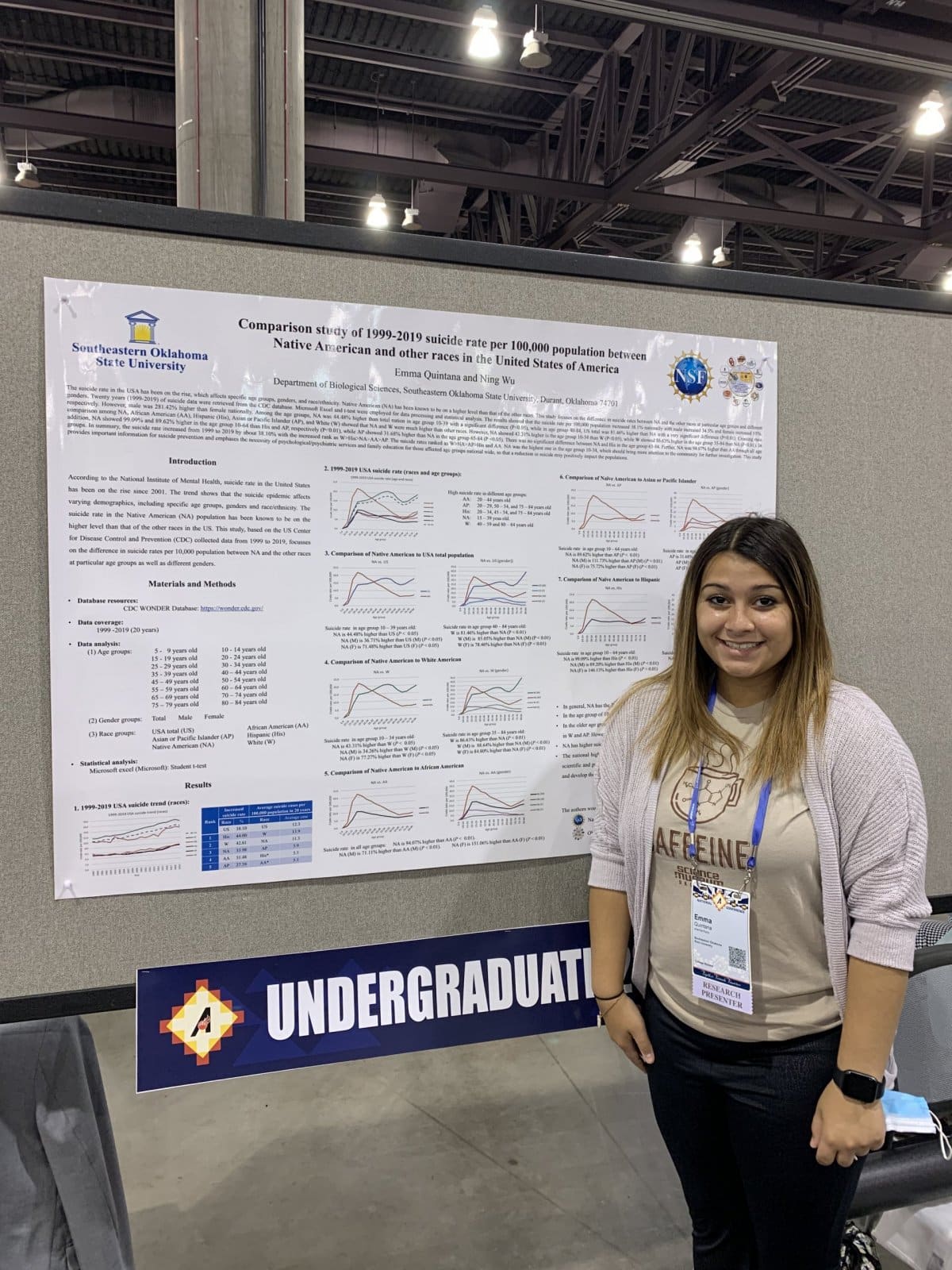 Emma Quintana, a sophomore biological health sciences major from McAlester, and a Native American (Apache), presented a research topic titled, “Comparison study of 1999-2019 suicide rate per 100,000 population between Native American and other races in the United States of America.”

Quintana, who is an Oklahoma Louis Stokes Alliance for Participation (OK-LSAMP)  scholar, conducted her research this summer under the supervision of  Southeastern biology professor Dr. Ning Wu.