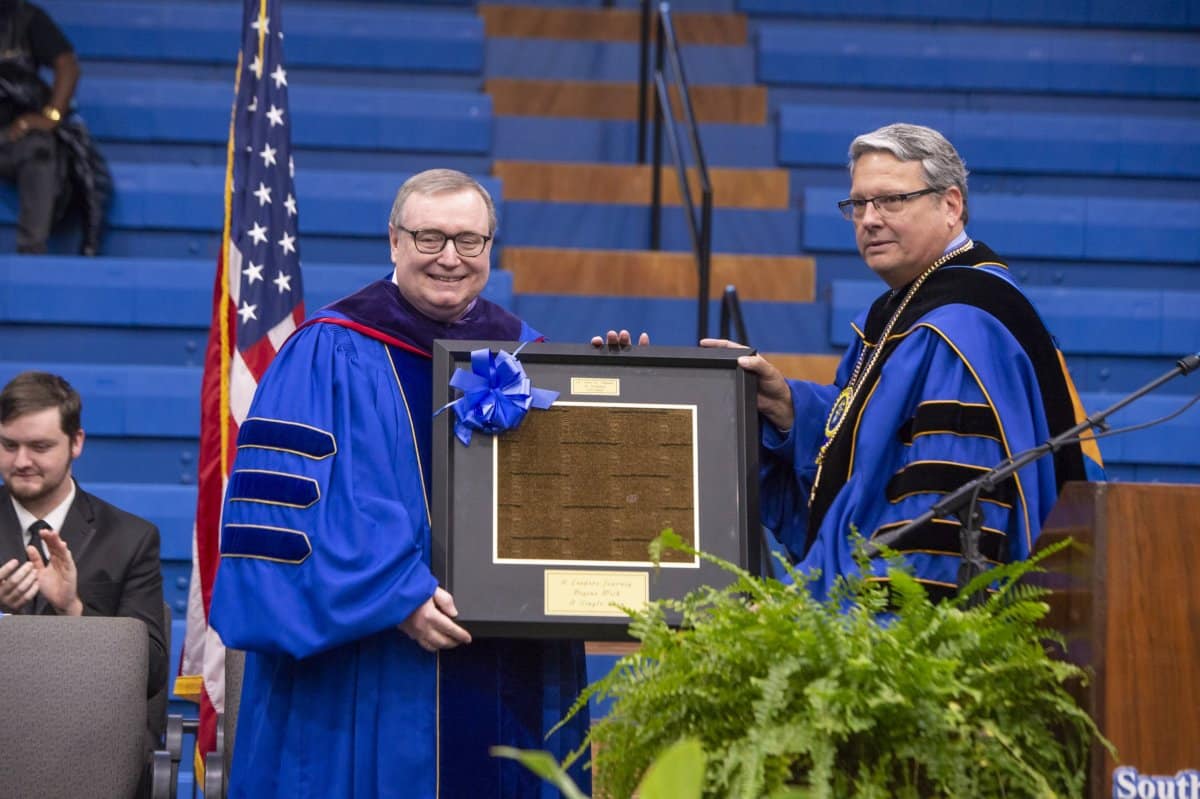 On Friday night, commencement was held for master’s degree candidates, while undergraduates received their degrees on Saturday morning.

This fall’s graduating class included students from 43 states and seven countries. Forty-percent of the graduates were first-generation college graduates.          Chancellor Emeritus and Southeastern President Emeritus Glen D. Johnson was the commencement speaker at both ceremonies, held in Bloomer Sullivan Arena.

Regent Connie Reilly, chair of the Regional University System of Oklahoma Board of Regents, offered welcoming remarks during Friday’s ceremonies.