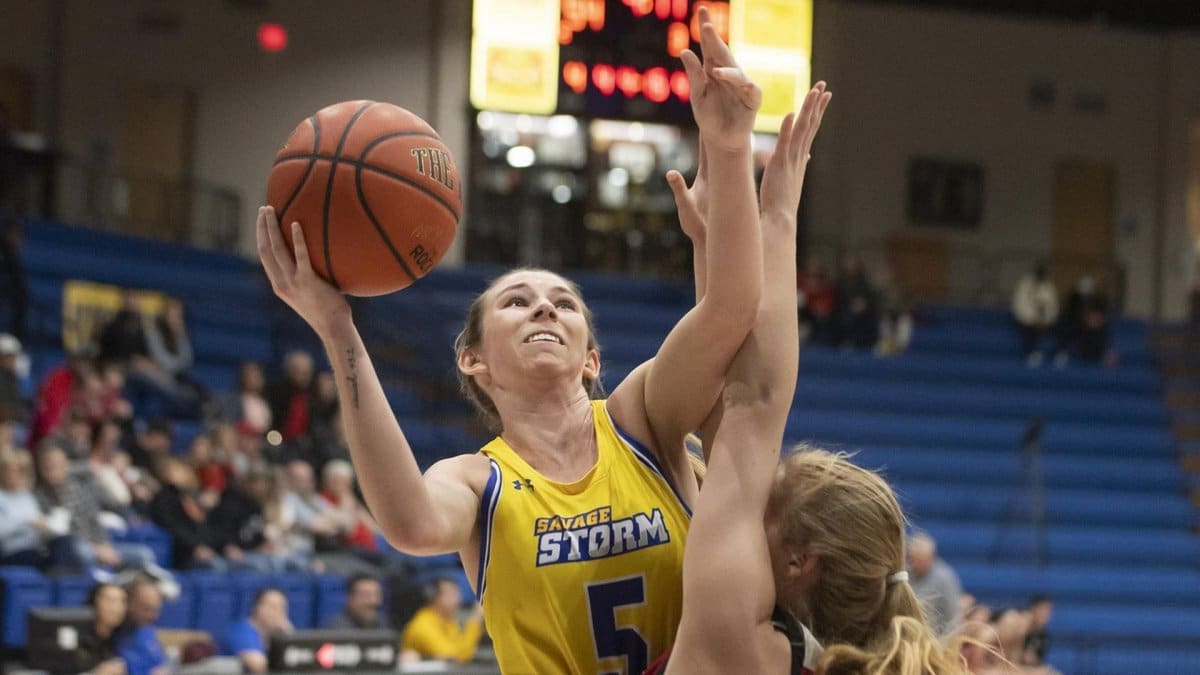 DURANT, Okla. – Kamryn Cantwell turned in 26 points while shooting 90.0 percent from the field to lead Southeastern to a 85-54 must-win victory over Northwestern Oklahoma State on Saturday night in Bloomer Sullivan Arena to punch its ticket to the Great American Conference Tournament.

SE headed into the final two games needing to win both games and get some help, and after sweeping its Friday and Saturday back-to-back against Oklahoma Baptist and NWOSU, the Storm got the help it needed as East Central handed OBU a loss at the same time SE was polishing off its victory.

Southeastern will now advance to the postseason tournament where they will enter as the No. 8 seed and face top-seed Southwestern Oklahoma State at 8 p.m. on March 3 in Shawnee, Okla., at Firelake Arena.

The win and advancement also stretches the current Storm streak of postseason appearances to 16-straight.

“The good thing is to be finished right now in the regular season,” said head coach Darin Grover, “Maybe playing our best basketball. I credit a big chunk of that to, I think Aimee Alverson has come alive and we needed that spark. But defense, I’ll tell you today, the difference was we challenged our post players, and Scout Frame and Bailey Brown had five points at halftime. That was because, without any day’s prep, with basically a scouting report where we as coaches decided we’re going to put a ton of pressure on those two and make sure we wear them out through the game. And those four post players that rotated in and out, and if you count Jordan Benson because she rotated in and out with that as well, they got the job done defensively and I thought that set the tone.”

Cantwell filled up the box score when the Storm needed her to, posting 26 points on 9-of-10 shooting with a 2-of-3 effort from beyond the arc. She also hauled in a team-high seven rebounds while handing out four assists and snagging four steals with a pair of blocked shots.

Briley Moon shot 60.0 percent overall, hitting 3-of-5 from three-point range to add 17 points, while Grace Alverson came off the bench with 11 points.

Aimee Alverson dished out a game-high six assists, with Cantwell and Kemp adding four each.

The teams traded buckets out of the gate, matching each other over the first six minutes with the Rangers taking a 10-9 lead at the 4:01 mark.

Southeastern would answer after the media timeout by putting together an 11-2 run capped by a Kentoya Woods jumper to take a 20-12 lead at the first quarter break.

The Storm would tack on a pair of threes from Grace Alverson and Cantwell to open the second quarter, stretching the lead to 26-12.

NWOSU would respond and close the gap to nine points twice over the ensuing possessions, but SE would put together a 13-2 run to push its lead out to a half-high 39-20 following a Moon free throw before a Ranger bucket would cut SE’s leas to 39-22 at the half.

After SE opened the second half with a bucket, NWOSU would trim the Storm lead down to 15 points within the opening minute.

Southeastern would then put together an impressive 22-4 run over the next eight minutes, pushing the lead to 63-30 on a Cantwell fast break bucket with 1:19 to play in the third quarter.

The Storm would go on to take a 65-34 lead into the fourth quarter.

SE would push the lead out to its highest point at the 7:45 mark when Benson drained a three, making the score 75-36.

The lead would never drop below 30 points over the remainder of the game as the Stor m would walk away with an 85-54 victory.