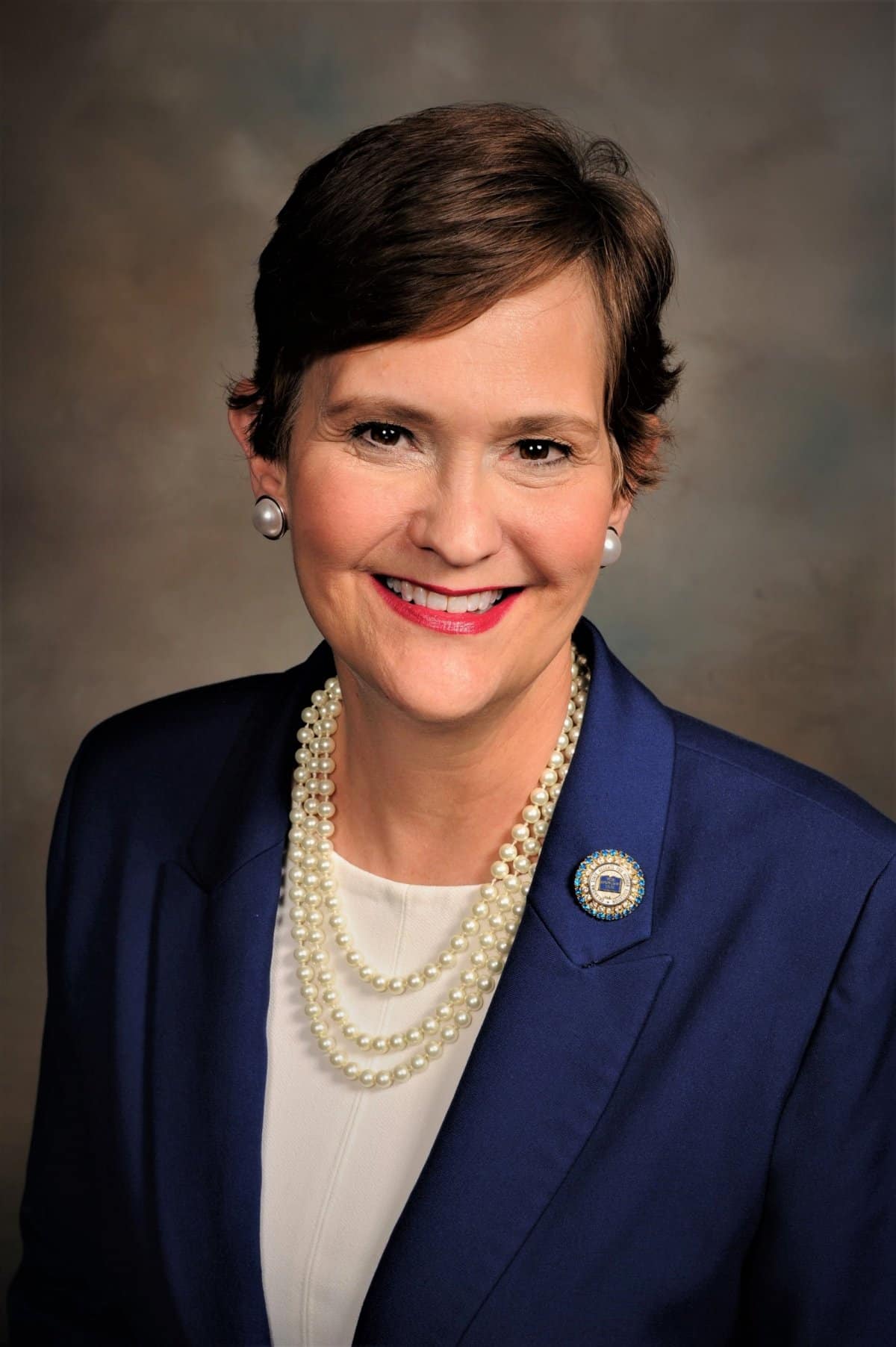 The event was held at Pete’s Place restaurant in Krebs.

Chancellor Garrett provided brief remarks, and mentioned healthcare, engineering, and the teacher pipeline as three fields critical to education and the future of Oklahoma. Garrett began her duties as chancellor on Nov. 8, 2021, and is the first woman to hold the office.