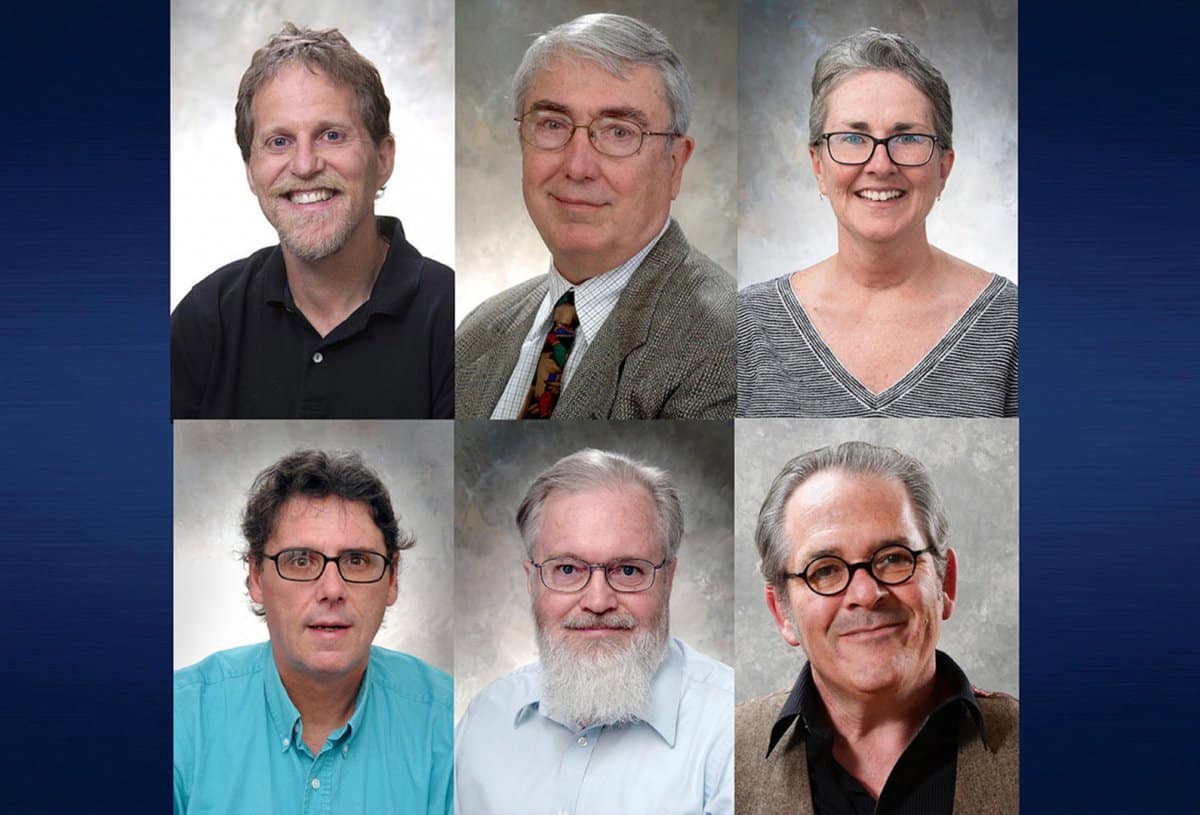 Six individuals from Southeastern Oklahoma State University have been awarded the title of Professor Emeritus by the Regional University State of Oklahoma Board of Regents.

He earned the Fulbright Scholar Award from the U.S. Department of State for his skills as a teacher and scholar and served as a Senior Lecturer at South China Normal University in Guangzhou.

Dr. Fridley was a member of the Southeastern faculty for 23 years, retiring in 2022.

His classroom teaching and mentoring were assets in establishing the University’s education program as one of the top of its kind in the nation.

Dr. Prus retired from Southeastern in 2022 after 31 years of teaching.

In addition to his teaching, advising and mentoring duties, Prus published four collections of poetry and peer reviewed articles on composition, Frederick Douglass, and American Poetry.

He served as Chair of the Department of English, Humanities, & Languages, Chair of Academic Council, Chair of Institutional Assessment Committee, and Chair of the Bachelor of Science in Liberal and Applied Studies Coordinating Committee,  and served on numerous committees.

His classroom teaching, mentoring and consulting helped the University’s Department of Biological Sciences produce many successful graduates during that time.

Rice brought distinction to Southeastern by his multiple national, and statewide scholarly presentations and publications and successful grantsmanship.  He was recognized for his scholarly activity as a recipient of the Faculty Senate Recognition Award for Excellence in Research and Scholarly Activities.

At SE, he served as serving as coordinator of the Master of Technology and chair of the Sustainability Committee, as well as membership on numerous other committees. At the state level, he held such leadership roles as President of the Oklahoma Academy of Sciences, President of Oklahomans for Excellence in Science Education, and served on numerous statewide committees and board appointments.

Dr. Von Bergen retired in 2022 after 25 years of service to Southeastern.

As a John Massey Endowed Chair (Marketing & Management, he served students by his educational counseling, consulting, mentoring, and outstanding classroom and online instruction at both the graduate and undergraduate levels.

Von Bergen was a leader in academic journal publications, and was a prominent conference presenter, winning many Best Paper awards. He served as a reviewer, discussant, and session chair for numerous professional organizations, earning significant recognition in his discipline. He also mentored many junior faculty in their development as academic scholars.

Von Bergen was active on campus through his work  on numerous committees for the Department of Management and Marketing, the John Massey School of Business, and the University.

­He established and also served as chapter advisor for Beta Gamma Sigma, the honor society for schools accredited by AACSB-International.