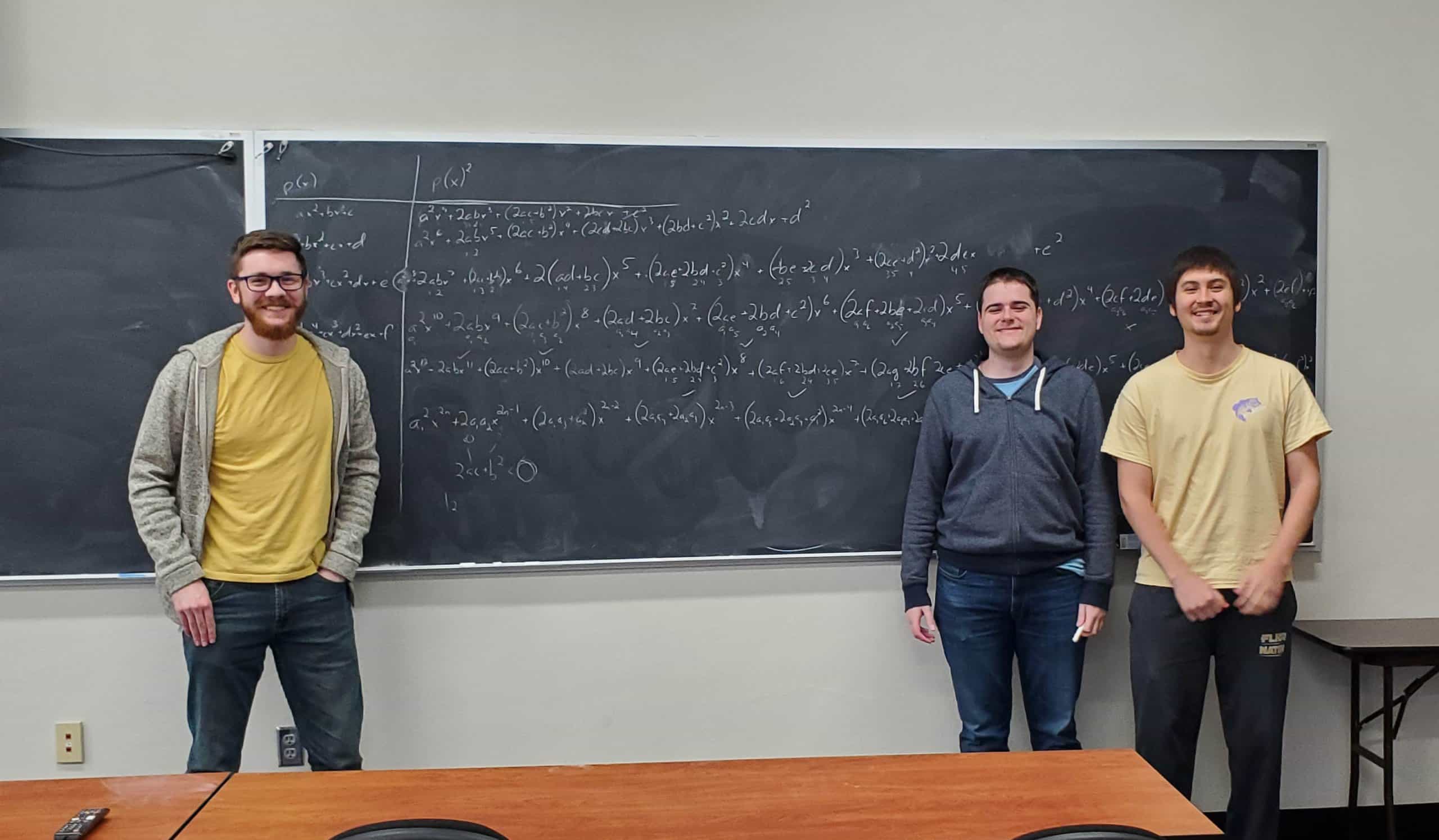 Participating in the math competition from Southeastern were Caleb Luna, Joash Patton, and James Dry.

The Putnam Mathematical Competition is the preeminent event of its kind for undergraduate college students in the United States and Canada. The competition is divided into two three-hour sessions, with participants working on six challenging mathematical problems over the course of each session. Each problem is worth 10 points, for a maximum score of 120 points.

Each fall, Southeastern mathematics professor Dr. Karl Frinkle leads interested students through problems from past competitions, along with other similarly challenging problems. Students are exposed to new concepts, clever tricks, interesting formulas, problem-solving techniques, along with various topics not normally covered in the standard curriculum.

Results from this year’s competition will not be available until February.