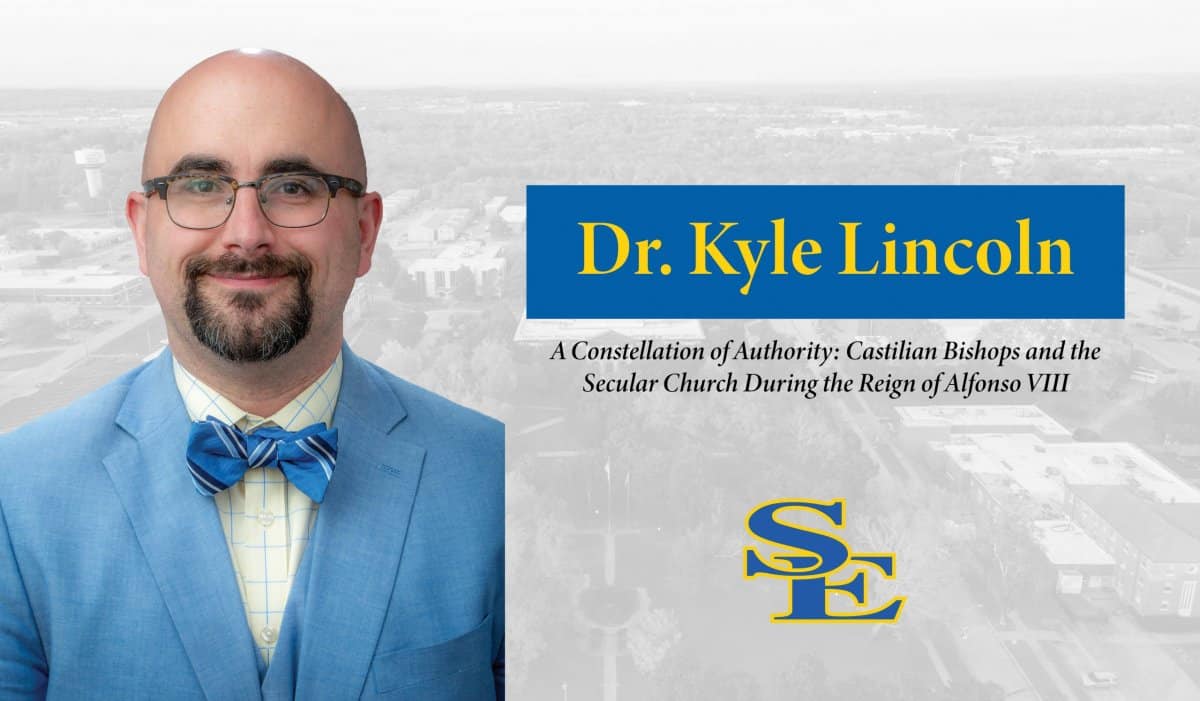 One of Southeastern Oklahoma State University’s newest professors has recently published a book entitled, “A Constellation of Authority: Castilian Bishops and the Secular Church During the Reign of Alfonso VIII.’’

Originally from rural Michigan, Dr. Lincoln is considered to be an authority  on the medieval history of religions in Europe and the Mediterranean. His 2021 co-authored textbook project, “Remaking the Medieval World: 1204, the Fourth Crusade,’’ won both the Lone Medievalist Prize for Teaching and the Reacting Consortium’s Brilliancy Prize. This monograph is part of his wider research program into Spanish religious official’s political activism in the central middle ages.”

His new book is published by Penn State University Press.

Dr. Lincoln holds a Ph.D. and master’s degree in History from Saint Louis University. He earned a bachelor’s degree in Classical Studies at Kalamazoo College in Michigan