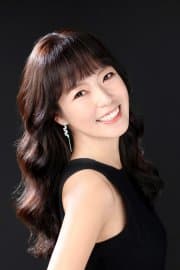 South Korean-born pianist, Sunny Heesun Yun began playing the piano at the age of five and has been actively performing throughout America, Europe, and South Korea. Notable venues include Carnegie Hall in New York City, Kennedy Center in Washington D.C., Seoul Arts Center in Seoul, South Korea, and the Varna Opera House in Varna, Bulgaria. She has won several international competitions, including Grand Prize Virtuoso Competition in Vienna, Austria, IBLA Grand Prize in Ragusa-Ibla Sicily, Italy, International Symphonic Workshops Piano Competition in Varna, Bulgaria, Rose Petroff Foundation Piano Competition in San Antonio, Texas, Bradshaw & Buono International Piano Competition, American Protégé International Concerto Competition, and American Protégé International Piano and String Competition in New York City. In 2014, Dr. Peter A. Petroff (b.1942) dedicated his composition, Rhapsody No.8, to her. The piece was published in a folio, Selected Advanced Concert Works for Piano, which is available at RBC Music in San Antonio, Texas. In 2016, she released three albums, titled “Together”, “Together for Christmas”, and “Strange Monsters: A Music & Words Collaboration”.
She earned her Doctor of Musical Arts and Master of Music degrees in Piano Performance from University of North Texas in Denton, Texas, where she studied piano with a renowned Polish American pianist and pedagogue Prof. Adam Wodnicki and orchestral conducting with Dr. Clay Couturiaux as her related field. She received her Bachelor of Music degree from Chugye University for the Arts and graduated from Deokwon Arts High School in Seoul, South Korea. She is an associate music director at Aldersgate Unite Methodist Church in Carrollton, Texas and is on the music faculty at Dallas College Eastfield Campus in Mesquite, Texas and Southeastern Oklahoma State University in Durant, Oklahoma.